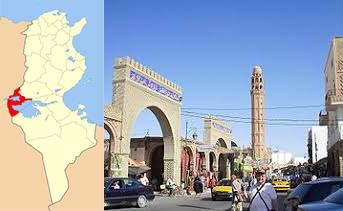 Blood samples were taken, Wednesday evening, from all border guards stationed at the Chebika outpost (Tozeur Governorate), following the confirmation of an infection case with COVID-19 among them.

In a statement to TAP, Thursday, Local Health Director in Tozeur Nabih Thabet said that all border guards have been quarantined pending the results of their tests.

Speaking of the infected officer who is from a neighbouring governorate, Thabet specified that he had been taken to Monastir without showing any symptoms.

«The border guard was infected by one of his relatives testing positive, after his death, » Thabet added. The patient from the locality of Dghoumes (Degache delegation) is in good health.

Samples were taken from his family members, neighbours as well as the personnel working at the emergency ward of Degache local hospital where he was suspected of being infected. All the emergency ward staff have been quarantined.

Tozeur governorate counts 4 confirmed cases including a patient who recovered two weeks ago. The patient is a border police officer who works at the Tozeur-Nefta International Airport.