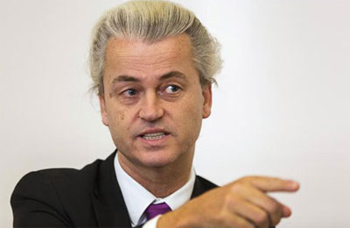 Foreign Minister Frans Timmermans wrote in a letter to parliament on Thursday that Saudi authorities had made clear to Dutch officials that trade restrictions were in place, although there has been no official notification.

“Some companies are experiencing no problems, while others are confronted with trade restrictions,” he said in the letter. The Dutch government was doing all it could to resolve the problem, he said.

Trade between the countries came to nearly $5 billion in 2010 and the Netherlands accounted for nearly 4 per cent of foreign direct investment in Saudi Arabia that year, the Dutch government said.

Wilders, known for his anti-Islam and anti-immigration views, last December published stickers critical of Islam in the green and white colours of the Saudi flag, which was considered insulting by the kingdom.