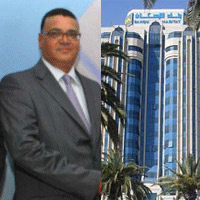 “There are some hypotonia between the environment in which public and private banks operate.”

The situation of the, “Banque de l’Habitat” its growth prospects and its challenges were the focus of an interview given to Africanmanager by Brahim Hajji, CEO of the “Banque de l’Habitat,” a banking institution whose pioneer business covers housing loans but which also acts as custodian bank by organizing ongoing operations on behalf of third parties or for its own account.

How do you see the situation of the “Banque de l’Habitat” for the year 2012?

The result of the first half of the BH is relatively stable compared to the same period last year. However, we expect that the second half will be better due to the increase of MMR as recently announced by the Central Bank, which will have a positive impact on products and net interest margin of the bank. The situation of the bank was also confirmed by the expected improvements in economic conditions during the second quarter, which will allow the bank to finish the year 2012 with positive results.

The “Banque de l’Habitat” suffers a liquidity problem, how do you see the solutions?

One of the major problems of the banking sector is liquidity. The latter is due mainly to the decline in reserves. But we believe that the latest borrowings conducted by the Central Bank from the international financial markets have improved foreign currency assets. Similarly, new programs that will be planned by the end of the year will allow us to improve. Added to this is of course the return of the country’s growth reflected in better results in export sectors such as tourism and exports of services which are expected to improve liquidity.

Moreover, the BH plans to borrow from the financial market during the month of October or November.

You have repeatedly stated that BH is a small bank. Can you explain what you mean by small bank?

It is rather the opposite. BH is a big bank; it is the fourth largest bank with total assets of 5.5 million dinars, but the capital is 90 million dinars, which is among the lowest compared to other banks, whether public and private. Already, there was a persistent demand from our shareholders to increase the capital of the bank so that it would be in line with the total assets of the bank.

Regulatory and legal procedures hinder the development of public banks, how?

Yes, a company obeys the legal and institutional procedures of the State. Obviously, we do not have hands free to extend our networks or open branches, as well as at the level of recruitment, tenders and training. All this leads to lengthy administrative procedures that do not put us to the pace of innovation and evolution of private banks in general. There is some hypotonia between the environment in which private and public banks operate. This is why the scheme that was decided by the government should focus more on these aspects, namely the environment in which banks operate (administrative law). The objective is to establish a competitive environment should not suffer from administrative delays beyond what is acceptable and not to lose competitiveness.

What is the difference then with private banks?

Private banks operate in a much better environment, easy and flexible compared to public banks. All this is already clear at all levels. We need to review the legal framework for public banks to give them a little flexibility to help them cope with the competition imposed by private banks.

What would you say about the business plan of the bank?

We are in the process of its revision.

The yellow fever outbreak in Angola and Democratic Republic of the...