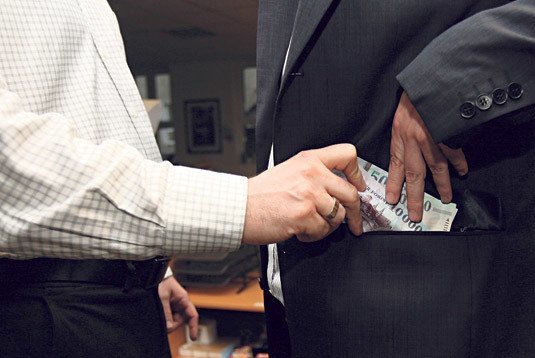 Prime Minister Youssef Chahed has made it a major plank of his action, with even some big arrest including the iconic Chafik Jarraya, symbol of an era.

But now, it seems that Tunisia is treading water in this area, the scourge has even crumbled, spread on a large scale, almost out of control.

Ranked 53rd out of 84 countries, by the Global Illicit Trade Environment Index which measures the enabling environment for illicit trade that economies create through both action and inaction, Tunisia would benefit from sharpening its fight against the practices of generalized corruption, in particular at the level of customs, the authorities and the judiciary to combat this scourge.

“Tunisia’s war on corruption introduces useful measures to reduce illegal trade, but as long as corruption persists in customs, any attempt to strengthen border surveillance and control will have only a limited impact.

Presented Thursday at a press conference held by the American Chamber of Commerce in Tunisia (AmCham Tunisia) on Thursday in Tunis, the report recommends “strengthening inter-institution cooperation at the national level, allocate the necessary financial and human resources and to more aggressively enforce regulations against illegal trade, particularly in the areas of intellectual property rights infringement and parallel market imports.”

In this respect, working with the FATF to enhance the effectiveness of its AML / TFC regime (Anti-Money Laundering and Terrorism Financing Combat), particularly in the fight against money laundering, must be a high political priority.

The TRACIT report also recommends streamlining tax policies and subsidies to prevent their incitement to illicit trade, smuggling, falsification and theft and to ensure the enforcement of intellectual property rights (IPRs).

Tunisia faces the need to take proactive measures to protect the country from illicit goods passing through the free trade zones. As such, ensuring transparency, monitoring and

customs control in the Bizerte and Zarzis Economic Activity Parks is an important measure to reduce the vulnerabilities of smuggling and improve the integrity of supply chains.

The report also considers it necessary for Tunisia to improve public awareness and education about the threat of illicit trade and to consolidate its co6operation with neighboring countries to combat cross-border trade.