Tunisia-EU blacklist of tax havens: no impact on European aid and Tunisia could be removed from list in January 2018, says Bergamini (audio interview) 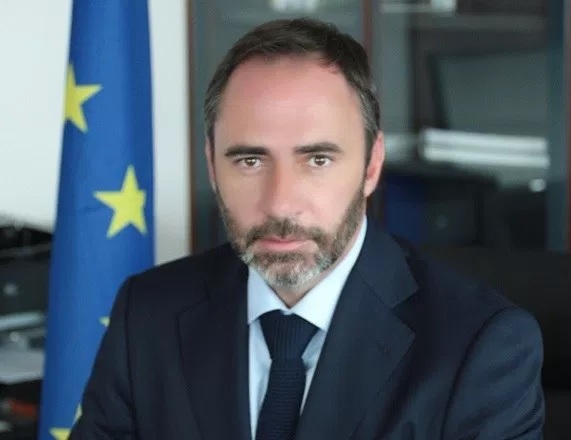 Exclusively on the Tunisian National Radio Channel (RTCN), ambassador of the European Union to Tunisia Patrice Bergamini spoke on Wednesday, December 6, 2017 to explain what had happened at the recent meeting of the European Ministers of Finance and why Tunisia found itself on the list of 17 tax havens.

He especially indicated that Tunisia could be removed, by January 23, 2018, from this list of 17 and announced especially that this labeling will have no impact on the aid, the financing and all the financial co-operation of Europe with Tunisia.

This is what he said, at the microphone of Anis Marai, on the Tunisian national radio:

For more than a year as an EU ambassador to Tunisia, no one can doubt my sincere commitment to Tunisia for the success of its social and economic transition.

This morning I pledge that, in good agreement with the Tunisian authorities, that we can solve this problem as soon as possible. I can imagine the perplexity of the Tunisian citizen in relation to this question.

In terms of timing, however, it is not new. It has been on the table since September 2016.

20 countries responded clearly and immediately. 47 countries then committed themselves to a timetable, starting in June, to give either specific answers or commit to a timetable for clarification and reform before November 17 this year.

With Tunisia, we worked to the end. Could we have worked faster and could better coordination have prevented us from being on the list of the 17 last countries that did not give an explanation in time? It’s unfortunate, but it’s a fact. We will have to correct this calendar issue. The good news is that the list can be corrected at any time. A forthcoming meeting of European Finance Ministers will take place on January 23, 2018.

Basically, there are two clarifications that are hoped for and expected, and I am sure they will come and on which the Department of Finance works. The first pertains to the offshore and the second on the financial service providers.

The Tunisian Minister of Finance has already sent us two letters. The 2nd was received on Monday evening, while the deadline was set for November.

By working on these two answers, here with my team and in Brussels and with the Tunisian government, we will be able to move quickly to fix this.

If things did not change, what would be the impact on European aid to Tunisia?

Things will change. There are two questions left unanswered at this stage. The first pertains to issues of tax fairness, redistribution of wealth and competitiveness of the Tunisian economy, and the second to the risks of tax evasion for financial service providers.

These two questions, when we are at the head of the only democracy in the region, have found, undoubtedly, answers and we already have a plan to end the crisis.

Tomorrow morning (Thursday, December 7) I have to talk to Prime Minister Youssef Chahed; at 10.30 I will invite my fellow EU ambassadors to Tunisia for a meeting in the headquarters of the Delegation and in the afternoon I would probably have discussions with the Minister of Finance to see this calendar and how to work on the two issues of offshore and financial services and moving forward.

Once again, I think if we had had a little more time to work a little further upstream, we would not be here today. So I am confident about the way out of the crisis.

Tunisians wonder that while we are in discussion on the DCFTA, how could one associate, in terms of image, the economic partner of the EU with countries like Panama and at a time when the decision of the exceptional contribution of 7.5% provoked a general outcry from offshore companies working in Tunisia?

Once again, we started from a list of 97 and only 17 remained on the blacklist of tax havens. It is clear that Tunisia should be on the list of 47 that clearly commit to working according to international criteria in the fight against money laundering and tax evasion.

Of course Tunisia can only be on the safe side.

But again, there are still two questions that have not been answered so far. We were hoping to get them before the deadline of mid-November and we worked hard with the government until Tuesday morning, but there was still a lack of response, I’m sure the question will not arise again.

On the relationship with the EU, of course we have an exceptional partnership and the amount of Europe’s investments in Tunisia in the service of growth, the social economy, the redistribution of wealth, young people and interior regions stem from the EU’s willingness to accompany Tunisia’s transition.

The decision to include Tunisia in the list of 17 came yesterday, but the decision to leave that list remains Tunisian because it must and can respond to requests for explanations from Europe.

Will the EU’s financial commitments to Tunisia be altered by this decision in the immediate future?

The answer is simple: None. None of the commitments for the year 2018, the programs and the 300 million euros of the EU-Tunisia cooperation are questioned, for the simple reason that we do not doubt the will and determination of the Tunisian government to move forward on this issue (Editor’s note: of the answer to questions relating to tax fairness, redistribution of wealth and

competitiveness of the Tunisian economy, and the second relating to the risks of tax evasion for financial service providers).

We are confident that Europe will stand with Tunisia to work on these sensitive issues.

Today, our cooperation is not called into question. It is therefore up to Tunisia to move faster and we will go beyond this issue and proceed normally with our cooperation program for 2018.

Listen to the audio interview

Qatar to open up more sectors for foreign investment

Indian firm invests US$200 billion on sugar in Zambia