Tunisia-Money laundering through cars: 1.3 billion TND losses for the state that lets do 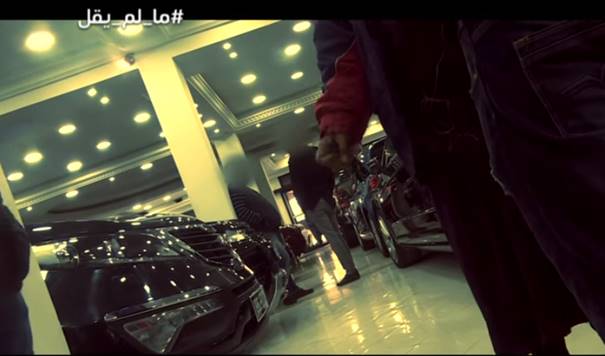 The car market in Tunisia is in the hands of a well-organized mafia and woe to those who dare to touch it. Perhaps that is why the successive governments of the revolution have let it go and have never touched it, although these big-bore dealers are well established and in no way hidden.

On Wednesday, February 28, 20018, a journalist from the public television station “Wataniya” tried to film some of them in the northern suburbs of Tunis. They are then five three thugs, known in the world of trade of the automobile, fraudulently commercialized, who leave to hunt her (journalist) in a big car and hit the vehicle of the televised team whose car risked the accident, used violence against the team and tried to confiscate the camera.

More than 130,000 foreign cars sold on the Tunisian market between 2012 and 2016, which resulted in a shortfall, direct taxes and various taxes included, which is close to 1.3 billion TND, according to an investigation by “Ma Lam Youkal “program on Al Hiwar Ettounsi.

That traffic is related to car theft networks abroad and another network, sale and purchase of the FCR (Facility for Change of Residence).

For the latter, there is even a website that offers you to “sell your FCR quickly” and social media pages. And this facility that the state gives to Tunisians living abroad to import tax-free cars, one for each spouse, has become a source of income for some and a source of trafficking for others.

A security source, who requested anonymity, reports the existence of teams specialising in the sale of FCR, who travel the southern regions to offer money against the use of their passports, once stamped at the exit and at the entry of the borders and in periods which allow access to the FCR, to import cars on their names, to persons who have never traveled of their life abroad.

Tunisian victims of this traffic testify

That traffic has however made Tunisian victims, who bought cars from this traffic. Thus, according to a testimony sought by the program “Ma Lam Youkal” (what was not said), one of the many victims of this circuit, Hamed Riahi, a young man of 28 years, testified that he “bought a vehicle in 2014 from a Tunisian resident abroad for an amount of 50,000 dinars, for use in the transportation of goods.

In 2016, he is arrested and informed that his car is wanted by the customs services and finally seized.

It turned out that the documents of the vehicle are falsified and the customs unpaid “.

He has since begun a complicated judicial procedure, to find himself a year and a half later in court who sentenced him to 15 days in prison and to pay a fine of 161,000 dinars.
The court considered him an accomplice to the person who falsified the documents, although he received a Tunisian certificate of registration.
We also learnt, in this same televised investigation, that Hamed Riahi is not the only victim of these networks specialized in the theft of vehicles abroad and the falsification of their documents, which were dismantled and on which an ATTT officer was working.

Sentences between 6 and 12 years were issued against the defendants, according to the same document.
We know ourselves the case of a teacher, father of ordinary family who, after buying his car on the parallel market, discovers that he had bought for several tens of thousands of dinars a stolen car. It will be confiscated by the police and will be scrapped.

997 big cars were whitewashed at ATTT

In 2017, according to the own figures of ATTT (Land Transportation Agency), they 2997 cars of premium segment that were imported fraudulently and their money laundered through the re-registration and access to the common license plate . Indeed, Illegal imports exceed what the official dealers in the same brands import, brands whose prices are in several thousand TND.

It would be easy, however, to track these re-registrations with ATTT information and to investigate this new money-laundering practice to try to trace where all the money spent on the purchase of big cars on the parallel market come. A parallel that who has the means to buy and if these means correspond to what they declare in taxes and even where will all these big cars go next!

A few years ago, a former trade minister had tried to conduct a “surprise” inspection of some of these car sales agencies.

Officials and senior officers from different corps were present at the coordination meeting. On the ground when they arrived, the shops were each time emptied and closed.