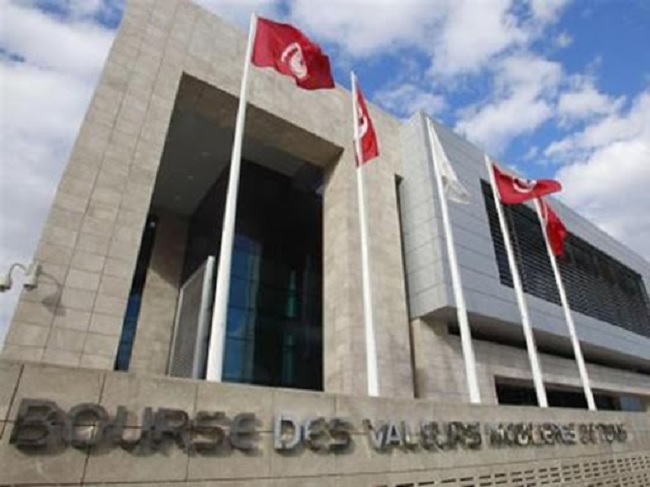 Activity indicators of listed companies in Q1 of 2020 showed near stagnation in their overall earnings (-0. 48%) compared to the same period last year, standing at 4.152 billion dinars against 4.172 billion.

64% of companies which released their Q1 indicators, that is 49 out of 77, saw an improvement in their revenues in comparison with the same period in 2019, according to a note on the development of indicators and earnings of listed companies published Thursday by the Tunis Stock Exchange.

Till April 20, the statutory date, 33 listed companies (41%) disclosed their indicators for the three-month period before the number rose to 77 by late May, that is 95% of listed companies.

The 20 companies that make up Tunindex20 have a revenue share of 66% corresponding to 2.7 billion dinars, posting a 0.5% rise compared to the same period last year.

The overall net income of 7 leasing companies surged down 2.20% in the first three months of the present year compared to Q1 of 2019, reaching 107 million TND against 105 million TND.

A 2.9 % growth in the overall earnings of the three main goups operating in the consumer goods sector (Poulina Group Holding, Délice Holding and SFBT) was reported, jumping from 1 071 million TND to 1 102 million TND.

11% drop in turnover of car dealers

The turnover of listed large retailers (Monoprix and Magasin Général) surged 6.2% in the first three-month period compared to Q1 of 2019, standing at 391 million TND against 369 million TND.

The telecommunications segment suffered the sharpest drop (-49.4%) in five sectors.

Development of income per company

The outstanding public debt at the end of March 2020 amounted to 83.5 billion dinars, of which 71% are made up of external debt and 28% of domestic debt, according to the budget execution report recently published by the Ministry of Finance.

According to projections of the 2020 budget law, the outstanding debt will reach 94 billion dinars at the end of this fiscal year, which represents 75.1% of GDP, compared to 72.4% in 2019.

Tunisia: Manuel Valls: We are all Tunisians

Tunisia: rise of investments in projects whose cost exceeds 5 MTD