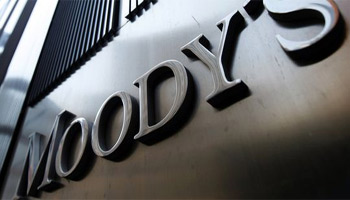 Moody’s Investors Service on Wednesday cut Tunisia’s sovereign credit rating to Ba2, citing political uncertainty and the risk of instability as well as weak finances at government-owned banks and sizeable external pressures on its balance of payments.

In a sign of potentially more downgrades to come, Moody’s assigned a negative outlook to the sub-investment-grade credit.

Tunisia plunged into crisis on Feb. 6 as the assassination of secular politician Chokri Belaid ignited the biggest street protests since the overthrow of strongman Zine al-Abidine Ben Ali two years ago. But a new government has now been formed and protests have died down.

“Although tensions have declined since the assassination of politician Chokri Belaid and the collapse of Prime Minister Hamadi Jebali’s interim government in February, the risk of a further escalation in political instability remains high,” Moody’s said in a statement.

Tunisia was the first country to stage an “Arab Spring” uprising, inspiring similar revolutions in Egypt and Libya.

The new government is led by a moderate Islamist party, Ennahda, but hardline Islamist Salafists are seeking a broader role for religion, alarming a secular elite which fears this could undermine individual freedoms, women’s rights and democracy.

Moody’s said the technocrat ministers in control of defense, interior, justice and foreign affairs through the end of this year may ease political tensions, but there is a material risk of further delays in settling on a new electoral law.

“The adoption of a new constitution and the holding of new elections would promote a sustainable economic recovery. Given that the country’s economic fundamentals are still deteriorating, any further delays to the political process would be credit negative for the sovereign,” Moody’s said.

The rating firm said any restructuring of these banks, which may come with aid from the International Monetary Fund, will likely be a slow process.

Tunisia’s foreign-exchange reserves are dwindling to a 95 day cover for import costs, as of the end of May, reflecting significant external pressures.

Earlier on Wednesday, Finance Minister Elyess Fakhfakh told Reuters Tunisia’s borrowing needs will be $3.3 billion in 2013 and the same in 2014. This downgrade and the prospects for moredowngrades only raises the costs of borrowing.

“We are almost at the end of many heavy reforms … the taxation system, investment legislation and the financial system,” Fakhfakh said. “Those reforms have a price,” he said on the sidelines of the Maghreb finance minister’s meeting in Marrakesh.

Capital requirements for banks in Syria