HomeFeatured NewsShould the BCT finance the budget? No, says the IMF. Yes, but...
Featured News 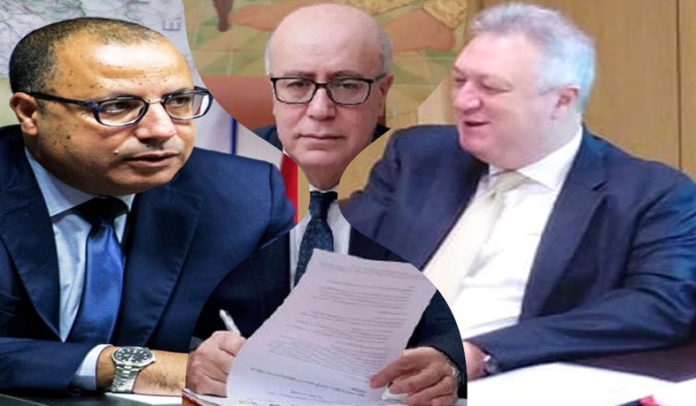 Under the cover of the continuity of the State, the assignor had given everything to everyone, until it had almost nothing left in the treasury except a cubit.

Like the cicada, it had consumed almost all that the ant had taken in, and all that his predecessor had left.

Recruiting at every turn, until it had to go into debt again when winter at his door rang.

And it is now a known decision, the Mechichi government and its super-minister of Economy Ali Kooli, propose a budget on credit, both for the year 2021 and to complete the budget of 2021 which had been poorly concocted by former minister Nizar Yaiche, who had then left a big hole of 10 billion TD.

Encouraged by all those who would have been disturbed and discouraged by the successes of the monetary policy (control of inflation, control of the Tunisian Dinar depreciation and reduction of the trade deficit in particular) and discouraged by the conditions of the IMF, the government is now thinking of monetizing the banks’ debt to the State, in order to be able to draw from it once again the funds necessary for the two state budgets.

The banks will therefore buy new assimilated treasury bonds and sell them directly to the BCT to refinance themselves.

In this case, it is the BCT that finances the Treasury by ensuring liquidity.

“This has to be done, because we have no choice,” says banker and former president of APTEBEF Ahmed El Karam in a brief interview with Africanmanager.

No, says the IMF representative in Tunis on the national radio station, because “the domination of monetary policy by budgetary needs has a negative impact.

BCT: We are already doing this, but…

However, according to the BCT, “we were already doing this, respecting the 40% rule for treasury bonds (which should have had a secondary market, by the way) and 60% in private collateral.

Last March, we rebalanced the collateral at 50%/50%, which had no impact on the State’s debt (since it is necessary to have an equivalent amount of receivables and treasury bills to present as a guarantee to the BCT in order to have refinancing).

In addition, the BCT buys outright on the secondary market (through the banks) treasury bonds or the purposes of its monetary policy, within the framework of the open market, and this is quite different from the operation described above, which consists in accepting treasury bonds for a very short term (one week) as a guarantee for the refinancing it grants to the banks”.

Moreover, if we analyze the composition of the refinancing volume as of October 21, 2020, for example, we will see that the BCT has granted the banks 9.048 billion TND, including 3.5 billion TND in the framework of the main 7-day refinancing operation (in return for which it takes private claims up to 50% of the amount and Treasury bills up to 50% as well), 3. 372.8 MD of outright purchases of Treasury bills on the secondary market, 1,117 MD in the form of 6-month refinancing, 337 MTD of one-month refinancing.

Thus, de facto, the BCT holds in its portfolio an amount of 3.372,8 MTD in the form of BTA and BTCT (short-term treasury bills) that it will keep until maturity.

“It is a way of granting structural liquidity to banks for a duration longer than one year. Moreover, all central banks use open-market operations in the conduct of their monetary policies,” comments our authoritative source.

What the Ministry of Finance is now asking is that the BCT buy outright from the banks 4 or 5 billion dinars, which the Treasury plans to issue in the coming months.

This assumes that the banks will buy, beforehand, all or part of these issues.

“This will certainly allow the Treasury to raise funds and the State to complete its 2020 budget.

Nevertheless, if the BCT buys all this amount, the share of firm purchases would become important in the refinancing volume.

In any case, this operation is inflationary.

It is money creation without wealth creation. Inflation, which is further, in an economy that does not import to produce,” retorts our authorized source of the BCT.

BCT is not the U.S. Federal Reserve

In a real lesson in economics, politics and even finance, the academic and BCT board member Fethi Nouri recently indicated on a private TV that “state financing by banks represents 14% of bank receivables, especially in assimilated treasury bonds, against 5% in 2016.

The State is no longer making investments that could be used to repay this debt. The banking sector has a resistance threshold that it should not exceed in the financing of the state budget.

During the last 8 months, the state has already raised TND 3.3 billion from banks, representing 39% of the volume of debt, compared to TND 1.5 billion in the same period of 2019. Some recommend that the BCT buys the 15 or 16 billion TD in assimilated treasury bonds from the banks “.

And to those who say that other countries have done so, in Europe and elsewhere, Fethi Nouri reminds that “the BCT is not the “Federal Reserve”.

The comparison does not hold with any country, with any economy and for any people.

Moreover, each bank has a resistance threshold.

The expert also warns gravely that “the operation may seem easy. The result will be a rise in inflation in double digits, 15 or even 20%.

The Tunisian Dinar will then be under pressure and will lose its value, and we will become like Peru with a nearly worthless currency and inflation in the skies.

There will certainly be some response, on the part of the banks to the demands of the State, but it will be necessary to do so in all soul and conscience of all that could happen afterwards”.

Former president of the professional association of the banks also agrees with this, namely in warning of the uncontrolled slippage of this easy solution. “This way certainly makes it possible to balance the State budget, but it has an obvious inflationary risk. And this is the trade-off.

Are we in a situation where we should ensure liquidity for the market and for the economy, and prioritize this over the BCT’s other objectives, which are the fight against price increases?” wonders Ahmed El Karam.

Changing the law of the BCT and assuming the risks

What the Mechichi government needs to do is to set the tone for the major reforms, those of the public companies, the equalization system, the energy deficit and all the rest, which will help to restore the economic and financial situation in the country.

The government is then free to change the BCT law and assume responsibility itself.

It also should assume responsibility to the citizen whose purchasing power will be blown away by inflation.

But it is also accountable to foreign donors, who, as Jérôme Vacher emphasized this morning on RTCI, are concerned about the independence of the BCT, which “must be able to pursue its objectives of price and financial stability without interference”.

That responsibility will depend on the continuation of relations with the IMF in particular.

Moreover, the financial market does not have the necessary depth, not for a few months, let alone a year.

It is true that political failures cannot always be dealt with by monetary policy, but by well-defined fiscal policies that put the economy back on track and that take into account real remedies for problems that have remained unresolved for at least a decade.

It is all about taking direct responsibility, for double-digit inflation, a foreign exchange reserve that will soar, and a Tunisian Dinar that will become a monkey’s currency when the rate goes down.

Ahmed El Karam also agrees, when he tells Africanmanager that “logic dictates that, in parallel to the injection of this liquidity, other measures are necessary to accompany production, remove all barriers to investment, restore confidence between the company and the administration, so that the liquidity injected does not go, for example, to the parallel market, but lays the groundwork for economic recovery.

It will also be necessary to raise the problems of the equalization fund, which subsidizes expenses and not revenues, subsidizes everyone and even non-Tunisians, that of public sector companies, so that we do not find ourselves next year with the same liquidity problems”.

The transparency that Super-Minister Ali Kooli has been talking about in recent days, should be adopted by the Mechichi government with its social partners, so that it is taken seriously by all socio-economic components, and not overwhelmed by demands, financially unfeasible.