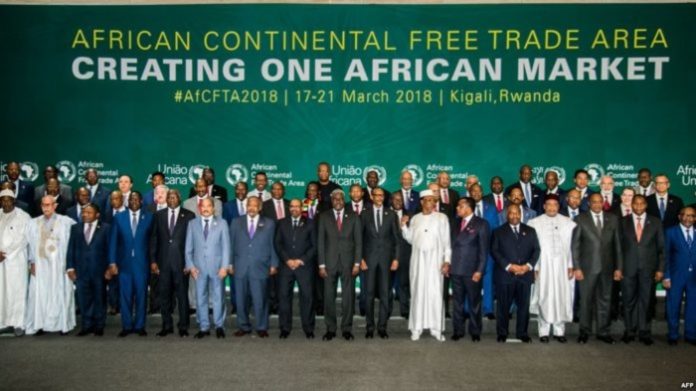 Tunisia with its small diplomacy compared to key players on the African continent (China, Turkey, France, Italy, Morocco …), is bravely fighting for it chance.

Tunisia has its wings cut off, plagued by unprecedented financial difficulties and a scanty 2018 Budget where there is little room for diplomatic spending.

However, these are not the only factors behind the weakness of Tunisia in its continent: There is also and especially what must be called the years of levitation of our diplomacy, decades during which the leaders of the country have looked dreamingly at a Euro-Mediterranean Union that will never come, any more than the efforts to revive an Arab Maghreb Union plunged in a deep coma will not give the least result.

But even today, as these issues are being consumed, truths are being established and no-one is questioning Africa’s place on the global economic map (a continental average of 5% growth over the last 15 years), Tunisia is not doing what it needs to catch up.

Prime Minister Youssef Chahed is still nailed to the country and remains deeply involved in domestic problems, while there is so much to do and pick up elsewhere, on our continent but also in Asia.

Chahed has only two trips to sub-Saharan Africa (one in Sudan in March 2017 and a tour to Niger, Burkina Faso and Mali in April 2017), plus a visit to Cameroon soon.

Tunisia is doing what it can with the meager means it has. But even the little it does pays off because it belongs, and it is a boon to her, to a continent where the possibilities are endless, the resources unlimited and the projects innumerable.

The cradle of the Arab Spring has a good chance of prospering in COMESA, even if it will be necessary to get away with Egypt, a formidable competitor with growing appetites in Africa.

Tunisia is also on track to integrate, one day, ECOWAS; its status as an observer member is already opening many doors, let alone the benefits of full membership in the Economic Community of Western African States?

The Minister of Foreign Affairs, Khemaies Jhinaoui, who headed the Tunisian delegation taking part in the extraordinary meeting of the African Union (AU), from 17 to 21 March 2018, in Kigali, Rwanda, initialed the agreement establishing the African Continental Free Trade Area (AfCFTA).

Jhinaoui took the place of President Beji Caid Essebsi, who was too busy with his announcement on … a possible reform of the electoral law.

But the essential is elsewhere, it is in what has been at stake in Rwanda: “The signing of this agreement, which will lay the foundations of the largest free trade area in the world in terms of number of countries (54), will provide an opportunity for Tunisian business operators to access the African market, “said a statement from the Ministry of Foreign Affairs published Wednesday, March 21, 2018.

A giant in motion

The AfCFTA is expected to literally boost the development process and create jobs, in the millions or even in the tens of millions, for young people of the African continent, in line with the sustainable development goals and the AU Agenda 2063.

Moreover, the work will continue after the summit to straight on the legal dimensions in order to shape and concretize that agreement, which will enter into force after its ratification by 55 AU member states.

It should be noted that the project was launched in January 2012, during the 18th ordinary session of the AU Conference; it will eventually include the Common Market for Eastern and Southern Africa (COMESA), the East African Community (EAC), the Southern African Development Community (SADC), the economic community of Central Africa (ECCAS), the Economic Community of West African States (ECOWAS), the Arab Maghreb Union and finally the Community of Sahel-Saharan states.

At the end there will be no more tariff barriers between African states, which theoretically will not prevent countries from defining their national trade policies, as long as it does not harm the principle of free competition and free movement of goods and people.

Another goal is to double intra-African trade with an annual profit of about $ 35 billion by 2021.

The AfCFTA will spread its tentacles on an African market of 1.2 billion people, weighing $ 2.5 trillion gross domestic product (GDP) in all 55 AU member states.

These are very attractive things on paper. It remains to solve the economic and structural problems, very numerous, alas.

A giant with feet of clay?

Very often when we talk about Africa, we focus on its wealth, its opportunities, its markets, by setting aside its problems, its risks, its dangers and perils.

The tragic end of the abduction of the two Tunisians in Cameroon reminds us yet.

Africa is also a continent where the battle for security must be won, first and foremost.

In Nigeria, the continent’s leading economy, the Islamist Boko Haram sect strikes as it sees fit, in the face of an army that is completely overwhelmed by events, and which in turn accentuates the misery of the population by diverting aid intended for it.

These Islamists cross the border with impunity and make deadly incursions in Cameroon. In West Africa they are their “colleagues” of AQIM (Al-Qaeda in the Islamic Maghreb) or GSIM (Group for the support of Islam and Muslims) who are sowing terror, in Mali (where the soldiers are regularly killed by dozens), in Burkina Faso (where they hit for the umpteenth time), in Ivory Coast … Here too the porous borders, supervised by under-equipped, de-motivated and corrupt armed units, benefit jihadist groups.

We can also add the turmoil in North Africa, in Egypt right now, in Libya … In short, Africa is a troubled continent at this level, and without security which is the bridge of salvation for the economy.

The other big problem, before considering a space with the size of the AfCFTA, is to solve the structural problems of regional organizations.

In all these communities (ECOWAS, ECCAS, COMESA …), goods and people are supposed to circulate freely, yet administrative hassles are still relevant at the borders.

Many barriers still stand on the road of citizens in transit, not to mention racketeering, corruption, insecurity.

In Africa we often put the cart before the horse, as with the case of the African passport, while innumerable pitfalls are carefully hidden under the carpet.

It will not last forever. It will be necessary, one day, to exhume the problems and to process them, if the continent wants to give itself a chance to move, finally, to the higher speed and to end definitively the endemic underdevelopment

Tunisia: Mövenpick to open two hotels in Tozeur and Djerba next...