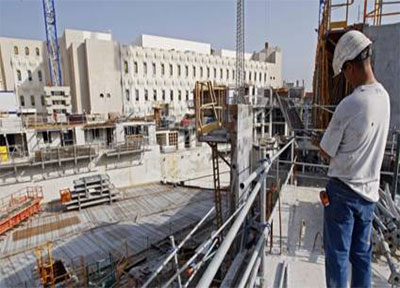 Real estate is one of the most promising sectors in Tunisia. In the eyes of businessmen who wish to take advantage of this growing market, it is a safe and profitable investment niche.

Yet, despite its strong contribution to the growth of the Tunisian economy, property developers still face multiple barriers that hinder them in the exercise of their profession.

Developers surveyed by African Manager said they face many problems, such as slow administrative procedures, including building permits and fluid connections, soaring construction material prices, in addition to the scarcity of skilled labor and soaring production costs.

In a statement to African Manager, president of the Association of Property Developers, Fahmi Chaaban said his colleagues are facing many difficulties. He, therefore, called on the government to intervene to resolve problems that are mainly financial and administrative.

Towards the signing of partnership agreements!

The president of the Association of Property Developers said partnership agreements aimed at facilitating the work of the sector’s operators will be signed on May 11, with the STEG, ONAS or also the SONEDE. Other agreements will be concluded in the private sector, he also noted.

He called in the same context for facilitating the granting of loans and the extension of the term of repayment of loans to banks.

On another side, the official called to cancel the authorization of the Governor for the purchase of real estate in Tunisia by foreigners, noting that this authorization is a major handicap for investment and economic development in the country.

Official figures reveal that the number of developers has increased from 150 in 1990 to 2,500 in 2015, but only 800 actually operate on the market with a share in the construction of housing that does not exceed 10%.