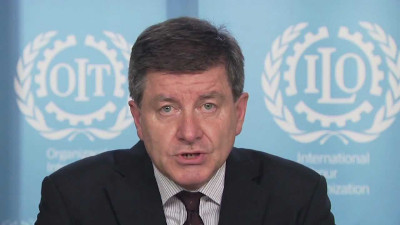 The International Labour Organization (ILO) has allocated an amount of USD 14 million to the employment sector in Tunisia , ILO Director-General Guy Ryder announced on Tuesday.

Speaking at a press briefing on the sidelines of the closing of the first stage of the national dialogue on employment, Ryder said this dialogue will open “new perspectives” to boost employment in Tunisia , stressing that unemployment is a “universal problem.”

Earlier in the day, during his participation in the national conference on employment, Ryder affirmed that “the employment strategy must not be limited to reducing the unemployment rate.”

“It should rather address many challenges including the elimination of various forms of precarious, informal and rural jobs,” he pointed out.

This is the second visit of Guy Ryder to Tunisia . The first was made in January 2013 for the signing of the social contract between the government, the labour organisation (UGTT) and the employers’ organisation ( UTICA ).