Tunisia: Obama announces USD 1 billion investment for young entrepreneurs in Tunisia and around the world 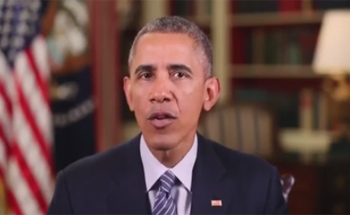 US President Barack Obama announced in a video message to the opening of the Investment & Entrepreneurship Conference USD 1 billion in new investment in the next generation of entrepreneurs around the world; to help them open a new business, expand into new markets and ignite the next era of innovation and growth.

More than 300 Tunisian and US business operators and economic leaders from countries in North Africa (Algeria, Morocco, Egypt and Libya) are participating in this conference, which opened on Thursday in Gammarth.

The US president said “the story of Tunisia gives us hope. Here in Tunisia you are moving ahead with a historic democratic transition. You’ve come together in a spirit of compromise and consensus,” adding “Like you, we know that democracy requires strong democratic institutions, but also economic growth and opportunity so that citizens see that democracy can deliver a better life.”

US Commerce Secretary Penny Pritzker said her country intends to give fresh impetus to the partnership with Tunisia, through a platform designed to help US businessmen to mount business plans for their investment in Tunisia, training and support of Tunisian bankers in franchise and expansion of the US Agency for International Development “USAID” project on strengthening the competitiveness of high potential growth businesses which will create 2,200 jobs.

It also plans “support to the Tunisian government to develop resources untapped so far both in Tunisia and in the region.”

For the US official, Tunisia needs during the next step, to implement vital reforms to encourage investment and entrepreneurship. These including streamlining the investment code which is a real “maze” and reform the banking system to enable it to strengthen its capital base and improve access to credit.

The US official criticized the “unpredictable and arbitrary” Tunisian system of customs charge, adding a more equitable system with clear customs rules is needed. It is important according to her, to send a strong signal for investors. To this end, Tunisia must have an effective law on public-private partnership able to attract them.

Prime Minister Habib Essid stressed, in his speech, after the launch in 2014 of a strategic dialogue between Tunisia and the USA, the Tunisian government hopes to activate bilateral negotiations for the establishment of a free trade area between the two countries.

He stressed the commitment of Tunisia to initiate reforms in the areas of taxation, public finance and public-private partnership and to pursue reforms to streamline the compensation system and develop the health and education sectors.

The government will also work to strengthen partnership between research centers and economic enterprises to launch innovative projects, he further said.

This conference is organized by the US State Department, the American Chamber of Commerce in Tunisia and GNP-NAPEO, North Africa Partnership for Economic Opportunity.

16,000 Frenchmen stuck in Africa due to flight disruption

Tunisia: annual deficit of port of Rades has exceeded USD 300...