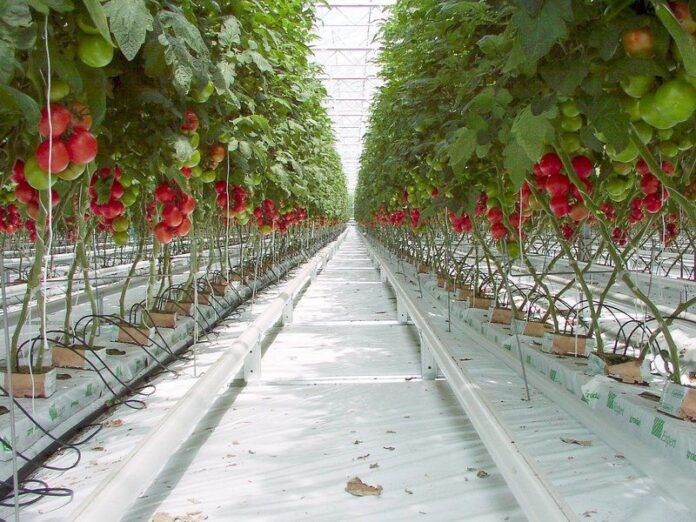 As part of the international cooperation project Helios, the Tunisian Union of Agriculture and Fisheries organized a training for young people in the techniques of soilless culture as a promising sector of the Tunisian economy. The event was attended by representatives of the European Union and civil society.

The technique of soilless culture is to use any means that would grow and develop plants without planting them in the ground as a growing medium, where plants are grown in isolation from the soil as long as the system implemented allows to provide plants with the amount of water and nutrients needed for growth.

In fact, it is a system followed to grow plants in an environment other than the natural soil with irrigated nutrient solutions instead of ordinary water. In addition, it is possible to use a solid material such as gravel and sand, but no other solid material could be used, such as in hydroponic farms, and for soilless agriculture, including hydroponics, aerodynamic agriculture and agriculture using environments.

A culture in search of political will!

In this context, head of the Tunisian Union of Agriculture and Fisheries Abdel Majid Ezzar stressed, on the occasion of this new experience of soilless culture that is done for the first time in Tunisia, the need for political will to place agriculture at the heart of local economic concerns. Food sovereignty requires the production of staple foods independently of all countries, he stressed.

Ezzar added that the COVID-19 crisis and then the crisis resulting from the war in Ukraine have proved “we must be vigilant.” He expressed confidence in the ability of Tunisia to achieve self-sufficiency in the event that a strategy and a program called “Achieving food self-sufficiency” would be developed.

According to experts in the field of agriculture, hydroponics is based on the scientific control of fertilization, aeration, salinity and acidity of water, as this technique aims to achieve the maximum possible productivity per unit of water and per unit area.

Climate change, natural disasters and urban expansion are some of the main reasons why the farmer adopts such techniques.

On the other hand, soilless culture is divided into three sections according to the environment in which the roots of the plants grow. The first method is called “aeroponics” in which plastic tubes are used, columns with multiple rings in which the plants suspend their roots in the air inside the tubes. Nutrient solution is delivered to them through a sprinkler that runs regularly and gives sprays that hydrate the roots.

Among the obstacles that limit the dissemination of this method are the high costs of its implementation, in addition to the need to provide well determined environmental conditions to obtain a good production.

As for the second method, it is represented by the “hydroponics”, which is characterized by the fact that the roots of the plants are not surrounded by solid parts, but rather grow in an aqueous medium that contains all the nutrients. For the stabilization of the plant, it is done by supports. As for the oxygen, it is brought by artificial ventilation. One of the difficulties that slow down the diffusion of this method is the necessity of a continuous ventilation of the nutritive solution and its renewal at short intervals.

Soil-less cultivation is one of the techniques used in permaculture and contributes to the production of healthier plants free of harmful elements with the production of crops in different seasons in addition to its advantage in controlling water and fertilizer resources.

Vegetables and fruits such as cucumbers, tomatoes, zucchini and strawberries, leafy plants such as lettuce, watercress and parsley, aromatic plants such as mint, basil and marjoram, medicinal plants such as cumin, rosemary, nigella and hibiscus, and dwarf fruit trees such as apples, lemons and mangoes are grown in these systems.