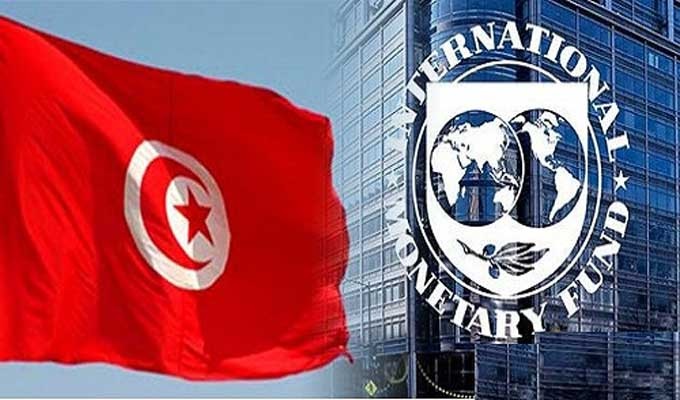 The unscheduling of the review of Tunisia’s request by the Executive Board of the International Monetary Fund (IMF) initially planned for December 19 sparked a sharp reaction from two Tunisian economists.

Ezzeddine Saidane and Ridha Chkoundali, two known analysts of the Tunisian economic scene have reacted hot to this rescheduling, explaining each on their Facebook page, the reasons for this decision and its impact on the economic and social situation in the country.

This unscheduling announced unofficially (through modification of the agenda) by the IMF, Wednesday, December 14, 2022, has been described as a “form of severe rejection”, by economist Ezzeddine Saidane. The latter explained in a post on his Facebook page that the real reasons behind this decision lie, among others, in the willingness of the IMF to “ensure beforehand that other donors are willing to join it to succeed together the reform program proposed by that state.”

According to him, the IMF, other donors and rating agencies were all asking the same question: are the Tunisian authorities really capable of carrying out the reforms to which they are committed. “And the answer was often ‘no’,” he wrote.

He pointed to “a serious problem of credibility of the Tunisian authorities” because of “the deeply contradictory speeches of the President of the Republic on the one hand and his government on the other, in addition to the clear-cut position of the UGTT against the reform program to which the government is committed.”

Still according to Saidane, the IMF wants, through this postponement, to ensure that the Finance Law 2023 is not in contradiction with the reform program used to obtain the staff agreement of the IMF. “The draft finance law 2023 was to be signed by the President of the Republic. But the document sent to the IMF was not signed,” argues the economist.

He calls, moreover, to “study the consequences of this unscheduling and to define with rigor and responsibility the next steps, including probably the rescheduling of the external debt and the passage by the Paris Club. The country needs wise, patriotic, healthy and responsible management.

For his part, academic and economist Ridha Chkoundali, spoke of the “ambiguity” that will persist this year after this unscheduling regarding “the exit of the financial crisis underwent by Tunisia.”

According to him “it is likely that the main reason for this decision is the disagreement between the economic and social actors on the content of reforms included in the reform program submitted to the agreement of experts.

Chkoundali believes that the repercussions of this postponement will be very serious and will worsen the suffocating financial crisis faced by the country.

The impact will be direct on the draft state budget for the year 2023 and on the mobilization of external resources needed to pay large sums of hard currency in the form of foreign debts, as well as to secure the supply of raw materials, drugs and possibly equipment and raw materials needed for the proper functioning of the production process, he said.

TAP news agency learnt from an official source Thursday that a new date will be agreed between the Tunisian authorities and the International Monetary Fund (IMF) regarding the review and approval of the Extended Fund Facility for Tunisia, to give the country’s authorities more time to finalize the details of the reform program they have presented.

Tunisia plans to resubmit the file, when the IMF management meetings resume after the End of the Year Holiday, that is in January 2023, the same source added.

As a reminder, the IMF had announced on October 15, 2022, that its services have reached a staff agreement with the Tunisian authorities to support the economic policies of Tunisia with a 48-month arrangement under the Extended Fund Facility of about 1.9 billion dollars.

The financial institution had specified in a statement that the agreement must be validated at the level of the Fund’s Executive Board which must meet in December 2022 to consider Tunisia’s requires.

Tunisia relies on funding from the IMF to finance its budget and open up new financing opportunities with other international donors.