Prospecting mission in Mali: positive results and promising prospects, according to Bassem Loukil 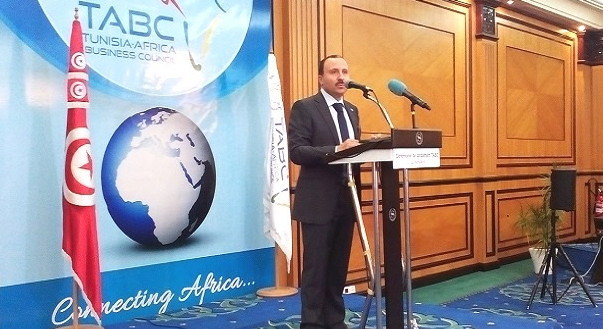 A multi-sector prospecting mission was organized in Mali at the initiative of the Tunisia Africa Business Council (TABC), in collaboration with its partners, CONECT International and UPMI and with the support of the Embassy of Tunisia in Bamako.

The balance sheet is positive but requires the intervention of the state in terms of trade facilitation.

Bassem Loukil, businessman and CEO of Loukil Group, who led the Tunisian delegation, has expressed his great enthusiasm and pointed to the momentum of motivation generated by the Malian market which offers all development potentials, he said.

At a press conference Thursday at the Arab Institute of Business Managers (IACE), Bassem Loukil described the first prospecting mission as of “very high quality”.

No fewer than 200 Malian business operators with projects and investment ideas met the Tunisian delegation, and important contacts were made between Tunisian and Malian traders; especially as several partnership agreements and others for the purchase of Tunisian products were signed.

Loukil further pointed out that the mission was very positive and promising and that Malians have promised facilities and advantages for the benefit of Tunisian companies wishing to settle or export on the Malian market.

This view was shared by Monia Saidi, President of CONECT International, who welcomed the organization of such missions in African countries like Mali.

However, she did not hide his resentment of the Tunisian authorities’ indifference to this mission, making it known that no government or party official has accompanied that delegation.

“We would have liked the Minister of Commerce, for example, to be among us in this mission of exploration … It is essential to promote the Tunisia destination,” she said, noting, however, that 5 Malian ministers attended this event including those of agriculture, higher education, transport and health.

On the sidelines of this mission, two agreements were signed by CONECT International represented by its Vice President Adnen Bouassida, in the form of a protocol to cooperation agreement.

The first agreement was signed with the Chamber of Commerce and Industry of Mali “CMIC” by its president Youssouf Bathily, and the National Council of Employers of Mali “CNPM” signed the second through its president Mamadou Coulibaly Sinsy.

The aim of these agreements is to encourage trade and industrial relations between Tunisia and Mali and promote business and exchange of information within the framework of a win-win partnership.

Another agreement between UPMI and the employers’ organization (OPI) is being finalized and two waste processing and recovery plants association agreement was also signed between Malian investors and vice President of UPMI, Ameur Abdenadher.

It should be noted that a delegation of Malian businessmen is expected soon in Tunisia.