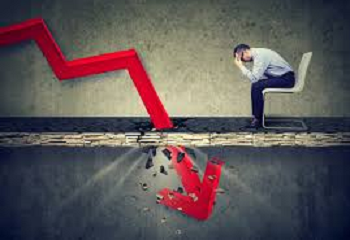 Tunisians and civil society activists have reiterated, in recent days, their discontent after a 30% increase were recorded in some food prices such as salt, coffee, tea (…). These products are generally sold mainly in many hypermarkets.

Contacted on Thursday, January 9, 2020 by AfricanManager, president of the Tunisian Organization for Consumer Information (OTIC) Lotfi Riahi said this is a dangerous overrun threatening the purchasing power of the Tunisian.

He also reported that his organization had called on the Ministry of Commerce to set a profit margin to combat the dizzying increase in these and other products.

“This 30% increase is unacceptable. A large majority of hypermarkets have been carrying out updating operations lately, under the pretext that prices are free, and that the Commerce Department has no right to intervene, except for the setting of the profit margin.

We also found that many Tunisian consumers are unaware of this recent increase. We must put an end to this kind of abuse,” he said.

On the occasion, Riahi insisted on the importance of the role of the consumer-actor to prevent problems related to consumption.

The price increase, explained by the drop in subsidy, is a major factor in the rise in prices.

OTIC’s president said “we always support consumers, but the organization’s mission is limited to making customers aware of their rights. We also explain to consumers how to make a complaint in the event of a scam,” he noted.

Indeed, the president of the Tunisian organization for Consumer Information (OTIC) stressed the imperative of state intervention to save the deterioration of consumer purchasing power.

He stressed the importance of undertaking major reforms to correct this deterioration of the citizen’s purchasing power.

He added that several factors have generated an impact on the standard of living of the citizen, in particular those belonging to the middle class and the poor.

“Tunisian families are unable to provide for their needs without going into debt. The middle class is the main victim of the soaring prices of several products.

We are now living in an economic situation that is weighing on the quality of life and opportunities of Tunisian citizens,” he noted.

The President of OTIC said it is “the reduction of the fuel subsidy in the State budget 2020 that explains the dizzying increase of several basic consumer products.”

INS and BCT, against Chkoundali

It is recalled that that professor in economics Ridha Chkoundali had announced in 2019 that according to World Bank data, the purchasing power of Tunisian citizens has deteriorated by 88% during the period 2010-2018.

This deterioration is mainly explained by the depreciation of the national currency and the surge in prices.

According to him, the depreciation of the dinar has also had negative repercussions on Tunisian society, insofar as it has lost its competitiveness, and also on the State, given that the repayment of its debts weighs heavily on public finances, especially the repayment of interest.

It should also be recalled that from the beginning of the year until the end of November 2019, the dinar has increased by 2.6% against the euro and 1% against the US dollar, compared to December 2018.

Tunisia: Jalloul Ayed between his vocation as architect and the needs...