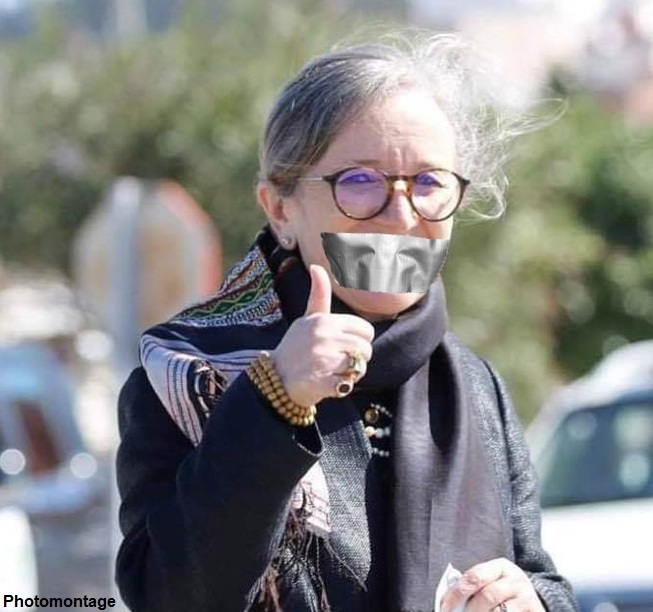 Appointed 23 days ago by the Tunisian Head of State, the new prime minister is still on the sidelines, and does not speak a word. As a true head of the entire state, Kais Said speaks a lot with her, and speaks also and especially for her.

At the presidential office, we can barely hear her “greet” the chief, which we can barely understand through the gesture of her hand on her chest. But we hear nothing of what she might say, react to, or discuss with her chief. Meetings of the President with the Prime Minister, in the old mode of communication of a Ben Ali or a Bourguiba, with background music on images, without voice or only of a president who speaks alone, in front of a taciturn interlocutor. That atmosphere is made more surreal with the wearing of the face mask.

Nejla Bouden has however made a lot of talk about her in Saudi Arabia, but more by her shoes, her handbag and her black Jebba, than by the analysis of his speech in Riyadh and the relevance and the rendering of this speech made on behalf of Tunisia.

Otherwise, the Tunisian prime minister does not speak, does not give any interview, does not make any statement, does not move anywhere not to be “disturbed” by journalists “paparazzi” who could lead her on paths where she could overshadow her leader.

Bouden: The woman who says nothing, and does nothing visible for the moment

The local press used to wait for the statements of the hosts of the prime minister at the end of the meetings or the press conferences of some ministers or spokespersons.

Like Saïed, Bouden has no press office, nor spokesperson, because there is no word, except that of Saïed who does not like the media and cares very little about the information they are given. She and her ministers may be working, but in the most total media silence. Aficionados and Passionara of Saïed and his prime minister, will certainly find this very good. However, these ministers deal with the management of current affairs and the daily life of the citizens that their leader governs, and would like to have what they are deciding for them.

The Tunisian street is only 25% satisfied with the performance of Nejla Bouden, according to the latest poll by Emrhod firm, because she knows very little, and the deafening silence of the Kasbah will not help things, neither for her, nor for the people, nor for partners and donors. Like its leader, it is closed in the old beylical palace of La Kasbah, and works in complete autarky.

The same poll indicated that by July 2021 the economic expectation rate had risen from 15 to 60 percent. But since August, this rate has been on a downward trend, and is now only at 50%. This explains, in our opinion, the low satisfaction rate of Nejla Bouden’s performance.

However, it is precisely Mrs. Bouden who is in charge of everything that is not political, and therefore the economy. An economy, about which, neither Bouden, nor any of his ministers have spoken and do not speak. And it is a Tunisian people, at 72% without opinion about the prime minister, because still not knowing where she is taking them and how she intends to revive the economy by which live these 72% and the rest of the country.

A tight-lipped communication strategy that is unanimous only among the diehards of Kais Saied’ regime, and is the subject of much criticism on radio and TV, but certainly not on social media.

In the meantime, the media mimicry, Head of State-Prime Minister, extends even to the Facebook page of La Kasbah, where we find almost nothing, neither videos, nor press releases. We will always have to wait for Carthage to publish, to see La Kasbah make copy and paste.

Delay in drawing up budget is bad signal to investors,