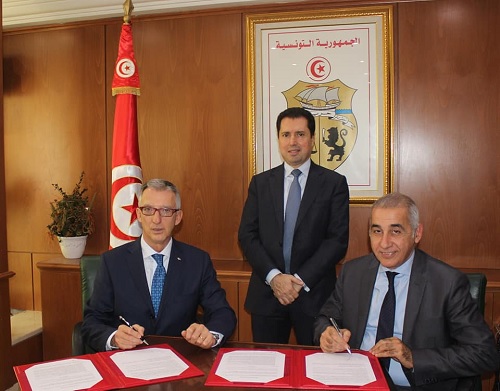 Italian energy giant Eni has signed a Memorandum of Understanding (MoU) with the Societè National de Distribution des Pétroles (SNDP), on joint collaboration through a joint company to cultivate castor at a semi-industrial level used to produce sustainable biofuels.

The MoU, which was signed at the Tunisian Ministry of Industry in the presence of the Tunisian Minister of Industry, Selim Feriani, will establish a joint company to assess and extend experimental castor cultivation, which is currently being trialled by Eni in Gafsa, the company said in a statement Wednesday.

The collaboration will be the world’s first example of semi-industrial non-food being cultivated in a pre-desert area to produce sustainable biofuels.

The project will make environmentally friendly vegetable oil available as an alternative to replace palm oil, which is to be phased out in the European Union by 2030.

Eni’s research and experimentation in the Gafsa area involved the University of Catania’s Department of Agriculture, Food and Environment, which offered expertise relating the plant yields, and the Technopark of Borj Cedria of Tunisa, which provided support on aspects relating to agro-geological cultivation and sustainability.

The castor oil plant, which is native to Tunisia, is resistant to the hot, dry climate and medium salinity water found in the mid-depth aquifers of the region.

Besides forming a barrier against desertification, the development of castor cultivation in pre-desert areas can help develop a local sustainable agro-energy supply chain.