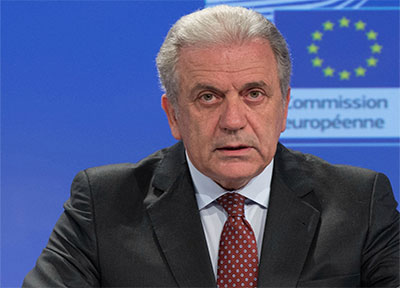 The European Union (EU) and Tunisia on Wednesday started negotiations on visa facilitation and readmission of irregular migrants.

According to an EU statement, the European Commission and Tunisia began parallel negotiations on these two agreements in Tunis.

The launch of negotiations was one of the common objectives on which the EU and Tunisia had agreed at the conclusion of their Mobility Partnership in 2014.

Dimitris Avramopoulos, European Commissioner for Migration, Home Affairs and Citizenship, stated: “This marks a key phase in relations between the European Union and Tunisia.”

By facilitating the issuing of visas, he said, contacts between people and economic, cultural and scientific links will be strengthened, adding that, “Tunisia could be the first country in North Africa to benefit from a visa facilitation agreement.”

The visa facilitation agreement could, for example, see the relaxation or elimination of certain of the requirements laid down by the Visa Code, at least for some groups of people, while the agreement on the readmission of irregular migrants should lay down the procedures to be followed by both sides in order to clarify, simplify and speed up cooperation in this area, according to the same source.

“At the same time, the conclusion of a readmission agreement will help to avert the risk of irregular immigration from Tunisia, and manage its consequences,” Avramopoulos said.

According to Eurostat data, there were 370,000 Tunisian nationals residing legally in the EU at the end of 2015.

Tunisia: phosphate production dropped by more than half compared to 2010...