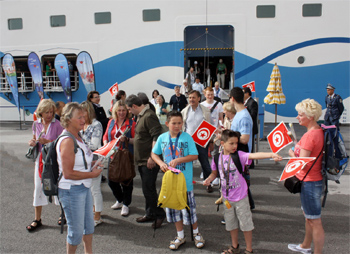 No sooner had the flow of French tourists recorded an upturn in early 2015, than it greatly suffered from the attack at the Bardo Museum. More, there seems to be no or little recovery in early June as evidenced by a survey conducted in France on the perception by the French of holidays in Muslim countries.

The survey conducted by French Easyvoyage travel portal showed that 7 out of 10 French are willing to go on holiday in a Muslim country.

The French portal wanting to explore new trends in the French tourist market, regarding Muslim destinations, after the negative impact in pictures of the lasting security chaos in Libya and the attack at the Bardo Museum in Tunisia, concluded, through the survey, that the French remained overwhelmingly attached to their holiday in Muslim countries and remained confident in security in such major Muslim destinations, as Morocco, Turkey and Tunisia.

Of the 1,023 respondents, 74% believe that the terrorist threat is the same everywhere and it does not deter them from traveling for holiday to a Muslim country. The travel destinations often mentioned are Morocco, Tunisia and Turkey. On this sample, 50% prefer Morocco, 28% Turkey and 22% Tunisia.

A French study of the National Organization of Travel Agencies (SNAV) said earlier this year that the number of bookings of French tourists to Tunisia fell by 43% compared to last year.

The “barometer” of SNAV reports on business trends of French travel distributors of all kinds (independent, voluntary and integrated networks and retail) except for OTA (Online Travel Agency).

In four months, from January to April 2015, cumulative bookings trends to Tunisia went down 42%.

The study also shows that during the month of April, French travel bookings to Tunisia fell by 54%, after the Bardo attack.

Yet in November 2014, the “barometer” of SNAV indicated that Tunisia was the fourth destination of French with departures up 7%.

Tunisia has tried to save its tourism, hit hard by last March Bardo attack, reassuring visitors about their security and launching an advertising campaign in Europe, but professionals fear a poor season.

Yet again, a few days after the Bardo attack, the French retained a positive image of Tunisia in general or as a tourist destination. That was in any case the result of a BVA poll for Orange and iTV: Tunisia still has a positive image amongst the French. Indeed, 71% of French said they have a good image of Tunisia in general, of which 7% have a very good image.

Sign that the French look back over the attack at Bardo Museum or occasional clashes related to national political reorganization and that these elements have not generally discredited the country, 70% of French had a good image of Tunisia as a tourist destination.

Downside, however, they are more reserved on the security environment where they are only 39% to have a good image of Tunisia