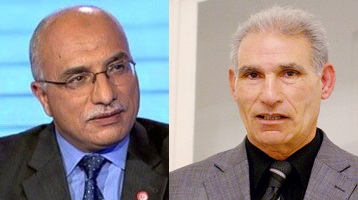 Some criticized the presence of some ministers of the Ben Ali regime such as Lotfi Brahem, appointed head of the Interior Department or Abdelkrim Zbidi at the Defence.

Others did not like the fact that some “incompetent” ministers such as Zied Laâdhari (International Cooperation), Slim Chaker (Health) or Majdouline Cherni (Sports) were maintained.

Removing ministers and replacing them with others for partisan considerations was also strongly criticized. This wave of criticism prompted us to poll politicians and economists.

In a statement to AfricanManager, former Finance Minister Houcine Dimassi said the cabinet reshuffle will not solve the problems facing the country for several years, but on the contrary it will complicate things, he said.

“I do not think that this government will succeed and make the requested achievements … on the contrary, it will be even worse than the old one…”, he explained.

On the same subject, Dimassi said that this new government does not differ from the previous ones since the problem is not people or skills, but rather the lack of a clear policy, vision, program and strategy for reforms.

He also affirmed that Youssef Chahed, like his predecessors, has failed in solving the country’s problems and opening up major issues such as that of social funds, public banks, public finance, unemployment, education and companies in difficulty…

At a press briefing held on Thursday in Tunis, former Defense Minister, Farhat Horchani, made it clear that “individuals do not matter. People pass, what remains and what is important is the state, “before concluding:” the state will remain! “.

Also on the political front, Iyed Dahmani, the minister in charge of relations with parliament and government spokesman, said that contrary to what is said, there is no domination by Nidaa Tounes in this reshuffle, noting that the Prime Minister has chosen the ministers, as is the case for Abdelkrim Zbidi and Ridha Chalghoum who are returning to power.

Speaking on MosaiqueFM on Thursday, the government spokesman said that the country needs political stability to achieve the targets set. “We do not live in a system of cohabitation (…) there is no rivalry between the Kasbah and Carthage,” he argued.

He also indicated that this reshuffle was decided to fill the vacancies and comes following an assessment of the Chahed team.

Concerning the criticisms that followed the appointment of Lotfi Brahem as head of the Interior Ministry, Iyed Dahmani said that Brahem is “the son of the State”. “Lotfi Brahem is part of the body of the National Guard (…); he is not unknown in the sector”.

For his part, Abdelkrim Harouni, chairman of the Ennahdha Shura Council, said that the Ennahdha party would have preferred that the reshuffle be restricted to the filling of vacant ministerial posts, but that it ultimately respects the decision of the Prime Minister to conduct an enlarged reshuffle.

He also believed that his party has emerged stronger in the sense that it has retained its three members in the government, in addition to the presence of Taoufik Rajhi, who is close to Ennahdha, heading the new department responsible for major reforms.

Speaking on Express Fm, he added that the time had now come to work, with the establishment of a program based on the orientations contained in the Carthage Document that had to be respected because it is behind the coming of the national unity government to power.

The Chairman of the Shura Council also said that the real challenge now is to move to the stage of courageous decisions.

And it is in this spirit that the leader of the movement, Rached Ghannouchi, has called for a social and economic dialogue in order to meet the real challenges facing Tunisia.