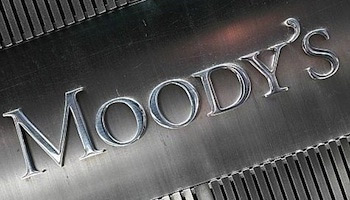 In its annual credit report on Tunisia, Moody’s Investors Service says that Tunisia’s Baa3 government bond rating and negative outlook reflect the country’s moderate economic, institutional and government financial strength, which have all been affected by the political instability and security issues following the ‘Jasmine revolution’ in early 2011.

The country’s moderate susceptibility to event risk reflects continued high levels of youth unemployment and regional wealth disparity, as well as the increased vulnerability of the banking system.

Tunisia’s moderate economic strength reflects the impact of the political instability and security issues that followed the ‘Jasmine Revolution’ of January 2011, which saw the country’s economy contract 2% as foreign direct investment (FDI) and tourism suffered.

While FDI has recovered, tourism arrival and receipts remain below their 2010 levels, as sporadic demonstrations continue. Moody’s expects that Tunisia’s 2012 current account deficit will remain stable at close to 8% of GDP, which is still elevated compared to the historical average of 3.2% over the 2000-10 period, as high commodity prices (both oil and food) and growing imports drive the trade deficit higher.

Following the Jasmine revolution, Tunisia’s standing in terms of the World Bank’s Worldwide Governance Indicators (WGI) marginally deteriorated, as a result of political and social uncertainty following the fall of Ben Ali’s regime.

However, a greater transparency and accountability brought in by the regime change has led to a significant improvement in the Voice & Accountability indicator. The speedy organisation of elections and the voting in of the interim National Constituent Assembly (NCA) in October 2011, reveals the willingness of the population to successfully navigate the political transition and attests to the country’s institutional strength.

However, the relative inexperience of the interim government appointed by the NCA and their relatively short mandate could result in lack of coordination and slow the pace of reform, said Moody’s.

Moody’s assesses Tunisia’s government financial strength as being moderate on the back of the country’s strong credit metrics, which have acted as a cushion since the beginning of the revolution and allowed the successive interim governments to adopt an expansionary fiscal stance to both support economic activity and address social demands. Consequently in 2011, the fiscal deficit increased to 3.9% from 1.1% in 2010.

Tunisia’s susceptibility to event risk is moderate. The current political situation remains uncertain, with the two main factors that underpinned the revolution, youth unemployment and regional wealth disparities, remaining the two biggest concerns for the authorities.

With Tunisia’s unemployment levels remaining high at 17.6% in Q2 2012, there are calls for an acceleration in the pace of reforms.

The outcome of next year’s elections seem uncertain, and a low voter turnout could lead to a weak coalition of small parties unable to carry out the reforms needed to modernise the country’s economy, Moody’s pointed out.

While Tunisia’s central bank weathered the political turmoil and economic contraction of 2011 relatively well, overall banking system vulnerabilities are likely to be much higher, said the same source.