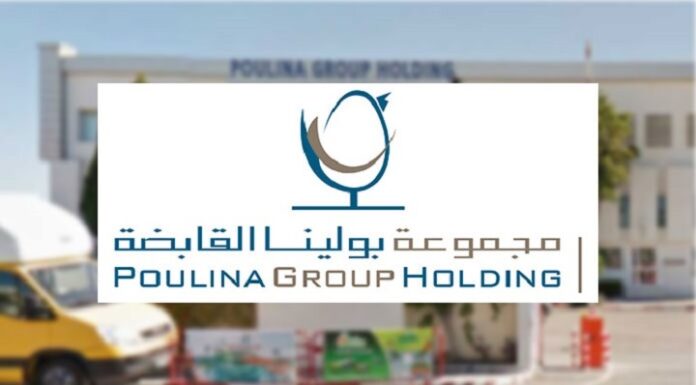 The share price of Poulina Group Holding (PGH) has continued its fall since the last weeks of the past year, Ilboursa reported.

The share of the diversified group has fallen by 14% since the beginning of this year, hitting a new record low since 2017 at 7.550 dinars.

This regression of the share price has relegated the group to the 5th position in terms of market capitalization after having reached the 2nd rank.

The group is now valued at 1.35 billion dinars.

Poulina Group has seen its net profits fall by 34% in the first half of the year 2022, under the weight of net financial expenses that have increased by 20% to the end of last June.

This situation is expected to amplify this year with the increase in the key rate of the Central Bank of Tunisia (BCT) and the growing trend of the outstanding bank debt of the Poulina Group which reached 1.2 billion dinars at the end of June 2022, according to the same source.