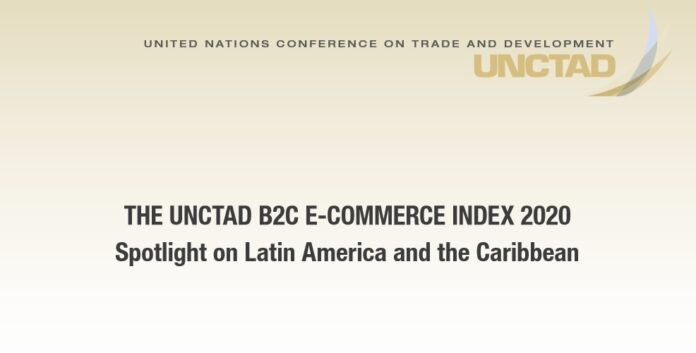 Tunisia ranked 77th out of 152 countries in the United Nations Conference on Trade and Development (UNCTAD) B2C e-commerce index 2020.

The index assigned is based on an average of four sub-indices. It refers to the share of the population with an account at a financial institution or with a mobile payment service provider.

The share of the population using the internet as well as the Postal Development Index (2IPD) are also considered, in addition to access to secure internet servers.

The share of the Tunisian population that uses the internet is 67% while the share that has an account with a financial institution or mobile payment service provider is 37%.

The Postal Development Index (2IPD) stands at 69 out of 100 for Tunisia.

It is on the continent that Tunisia snatches its place on the podium by ranking third. Algeria (80th) follows and beats Ghana (81st).

Senegal is tenth, ranking 99th in UNCTAD’s B2C e-commerce index. The African continent as a whole scores 30 out of 100 while the global average is 55 out of 100.

On a global scale, Switzerland takes the top spot in the rankings with a score of 97 out of 100, a first as it snatches the spot from the Netherlands, now ranked second following a score of 96 out of 100. Denmark is the third best prepared country for business-to-consumer e-commerce.

The leaders in UNCTAD’s rankings are exporting countries but are also attracting investment in hosting online commerce platforms.