HomeFeatured NewsTunisia-Survey: BCE and Chahed are no longer inspiring. The awakening is brutal...
Featured News

Tunisia-Survey: BCE and Chahed are no longer inspiring. The awakening is brutal… 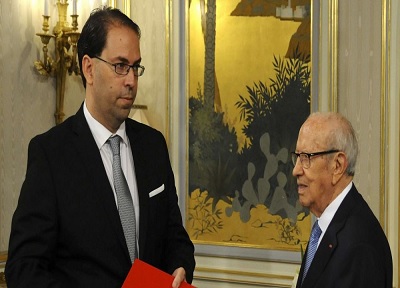 This decline is explained, according to the same source, by the rising tensions within the Nidaa Tounes party.

44.1% found it below and 20.9% felt that the performance corresponded to their expectations. 26.5% did not pronounce on this subject.

Responding to a question on the evaluation of the work of Prime Minister Youssef Chahed, 28.6% said they were very satisfied or satisfied in December 2016, against 35.1% last October. 52.1% were dissatisfied with his performance in December and 19.2% did not comment on this issue.

According to the same source, the decline in the satisfaction rate can be explained in particular by the various retreats of the government against trade unions and organizations representing trades under the Finance Law 2017. The government is also sanctioned, wrongly or rightly, because of the agitation sparked by the debate on the return of Tunisian terrorists from conflict zones.

The downgrading of the executive branch is also due to a certain security “shortcoming”, illustrated by the assassination of engineer Mohamed Zouari in Sfax and the fact that an Israeli journalist could, right under the nose of, conduct a news report in Tunisia.

Regarding the index of economic hope, only 23% of Tunisians surveyed in December 2016 considered that the economic situation of the country is on the way to the improvement against 34% last October, 31.1% in September and 33.60% in July 2015.

65% of respondents in December considered that the economic situation of the country deteriorated against 50.1% in October 2016, 44.20% in September and 46% in July last year.

This decline in the rate of optimism is explained by the deterioration of the economic situation and the increase in security risks.

It should be noted that the survey was carried out between December 22 and 24, 2016 and involved 1,280 people by telephone in the 24 governorates of the country.

Tunisia: FTH must play its full role nationally and internationally

Is Tunisia the least economically free country in the Arab world?