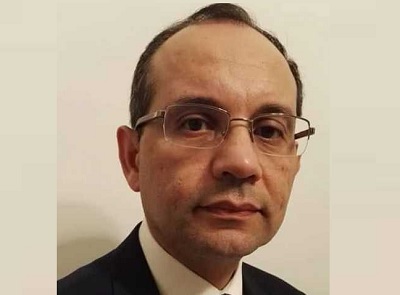 The Tunisian Prime Minister has finally appointed a new Minister of the Interior. A ministerial portfolio of the highest importance, while the tourist season is in full swing.

If it had come with more delay, that appointment would have been the subject of much talk. It would have even been the source of new attacks against Youssef Chahed if, God forbid, the tourist season had been disturbed by any new terrorist operation.

For now, everything seems to be under control, even if Tunisia is still far from a Nothing to Report.

We will say no more not to interfere in the ongoing investigations and we will limit ourselves to the latest arrests of Monastir.

This could also avoid the traditional redistribution of roles in the different Interior Ministry directorates at each reshuffle.

He is also graduate of ENA, lawyer and a regular at the Bourguiba Avenue Ministry, having already been chief of staff of at least two former ministers of the interior and former governor, a post directly supervised by the Interior Minister.

The man, of whom we do not know any political affiliation and who is generally defined as a technocrat, knows what it is about and will certainly be able to ensure continuity in a department where the skills are not lacking.

This new ministerial appointment will however have to win the confidence of the HPR (House of People’s Representatives).

And there is no doubt that the vote of confidence of the new minister will actually turn into a voting session for Youssef Chahed himself, who will be present at the parliament as soon as the HPR will decide the date of this meeting.

Samia Abbou or else Amroussia should not miss the opportunity to spew their political and personal invective on the Prime Minister who is already weakened by his own party and its “splits”.

There is no doubt either that Nidaa Tounes’s HCE (Hafedh Caïed Essebssi) band will spare no effort to make this vote of a single minister a vote of confidence in the entire government of Youssef Chahed whom it accuses of all the evils of Tunisia.

Sources close to the Prime Minister are already accusing Ridha Belhaj of conducting a rallying campaign against Youssef Chahed with many MPs.

It is not even excluded that the Head of State will himself try to undermine the Prime Minister. But maybe he will not do it. His Advisor Saida Guarrache has just published an FB post where she confirms that the appointment of the Interior Minister was made with his agreement and remains in the prerogatives of the Prime Minister.

However, it is also true that the dispute between the two heads of the Executive, Chahed and Caid Essebsi on the fate of the Head of State’s son has been public for some days and could heckle the vote of confidence.

It remains that this session of confidence in the new Interior Minister will take place in a very special situation: That of a security tension, just as special as it has a direct link with the current tourist season.

There is no doubt that refusing to fill the vacancy at the head of the most important ministry for the security of the whole country will be the worst of the messages to be sent to tourism operators, including foreign TOs and foreign embassy services responsible for security advices.

That would be also a bad message also for the various security bodies of a State that would not manage to ensure the administrative stability necessary for the proper functioning of the various police bodies.

It is therefore hoped that all the components of the parliament know how to make the difference between politico-personal affairs and state affairs and that the settling of accounts does not happen to the detriment of the security of an entire country in a very special situation.

Voting confidence in Hichem Fourati will thus become almost a tactical vote, to ensure the durability of the tourist season and reassure the partners of Tunisia as to the continuity of the State.

Tunisia: It is time to discuss the economic issue, says President...