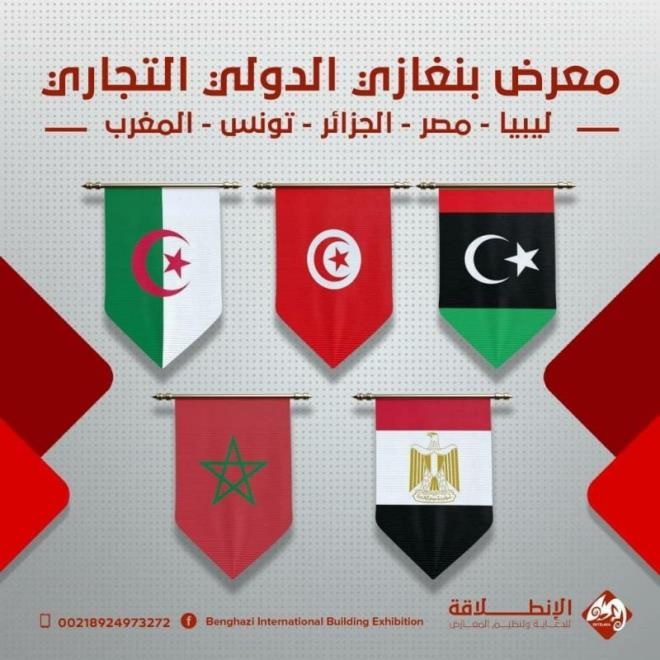 The Tunisian-Libyan Economic Cooperation Council called on Tunisian companies operating in various fields, Tunisian businessmen and businesswomen to participate in the international fair of Benghazi (Libya) to be held from October 17 to 21, 2021.

Held at the initiative of the Eastern Regional Branch of the Libyan Business Council, under the auspices of the Libyan Center for Export Development, the organisation of this event which will attract about 300 thousand visitors, was scheduled last August but was postponed due to the closure of the borders between Tunisia and Libya.

About 500 companies from Tunisia, Algeria, Egypt and Morocco, will participate in this event on the sidelines of which three exhibitions will be held, namely: “Libya for building and construction”, “Libya for household appliances” and “Benghazi International Fair of Food”.

In a statement to TAP, Executive Director of the Council of Tunisian-Libyan Economic Cooperation, Saber Bouguerra who made several visits to Benghazi (1050 km from the Libyan capital Tripoli) to strengthen the Tunisian presence in this city, referred to the total absence of Tunisian companies in this region in which Tunisian goods are in great demand, including food products, medicines, building materials, medical and paramedical products and services, in addition to companies operating in the oil and gas sectors and real estate investment.

During several meetings held last August with officials in Benghazi, Bouguerra had called for the opening of a Tunisian consulate in this city to facilitate procedures for investors. He added that the meetings continued in September with the mayor of Benghazi to discuss the modalities of cooperation and intensify the commercial presence in this region.

The Tunisian-Libyan Economic Cooperation Council signed late August 2021, a memorandum of cooperation with the Libyan Council of Businessmen of the Eastern Region to develop and implement joint programmes in various areas in addition to taking advantage of the expertise of human resources to boost economic cooperation between the two countries.

Under this agreement, travel, entry and residence procedures will be facilitated for entrepreneurs from both countries as well as goods and equipment. Similarly, barriers to trade will be reduced.

Benghazi, a city “devastated” by the war, has many industrial zones and needs huge reconstruction work said Bougerra, considering that this city is conducive to investment.

The Libyan Business Council is considered the legal body representing businessmen and women in Libya recognized by the relevant authorities in Libya. It aims to develop the role of the private sector in economic development.