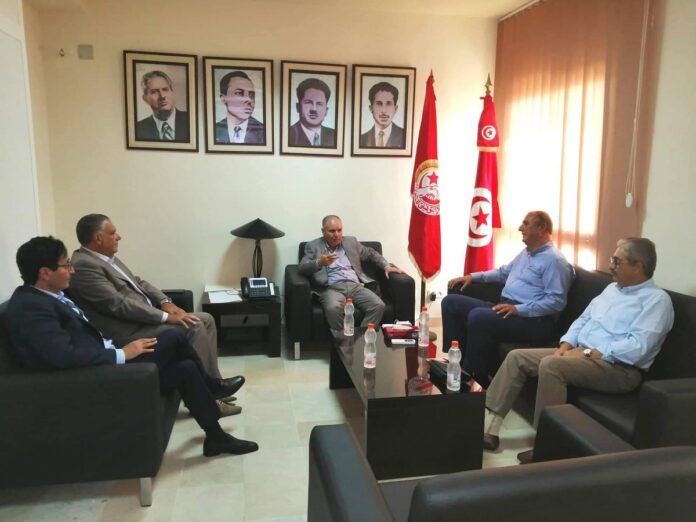 The meeting focused on the general situation in the country, said the labour oganisation.

For his part, Ghazi Chaouachi wrote in a Facebook post the secretaries general of the four parties have expressed their great concern about “the persistent vagueness” and “growing tensions” at a time when the country needs “signs of appeasement” to better manage the repercussions of the crisis that may paralyse state institutions.

Chaouachi said the delegation reaffirmed its rejection of all calls to suspend the constitution or extend the state of exception.

They also emphasised the need to expedite the appointment of a prime minister to address the urgent economic issues.

He added that the secretaries general of the four parties have affirmed their determination to assume their responsibility in this delicate period and work to broaden the basis of consultations (with all national organisations and democratic parties).

Ali Laarayedh resigns with as bonus a time bomb for his...