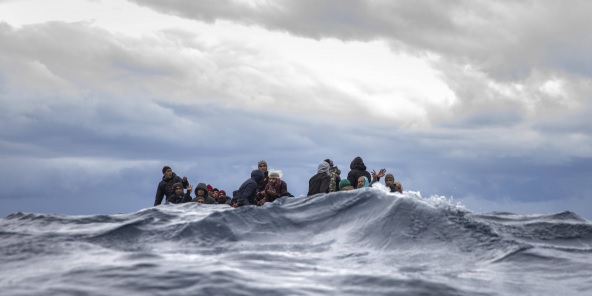 Today, there have never been so many people living in a country other than the one in which they were born. The number of migrants in the world was about 272 million people In 2019, or 51 million more than in 2010. However, the proportion of migrants in the world’s population is only slightly larger, from 2.3 percent in 1980 to 2.8 percent in 2000.

While many people make the choice to migrate, many others do not. There will be 79.5 million uprooted people worldwide by the end of 2019, including 26 million refugees, 4.2 million asylum seekers and more than 45.7 million internally displaced persons.

Specifically, with regard to Tunisia, the number of its irregular migrants who reached the Italian coast this year amounted to 15,000, according to spokesperson for the Tunisian Forum for Economic and Social Rights, Ramadhan Ben Omar.

In a statement to the press on the sidelines of a media day organized by the forum on International Migrants Day, he added that the deterioration of economic and social conditions, in addition to the worsening political situation, has exacerbated the phenomenon of “Har9a”.

As shown in a report published by the Forum, 1,470 Tunisian immigrants arrived on the Italian coast in October 2021, up 13% compared to the same month in 2020. This brings the number of arrivals since the beginning of this year to 14,308 Tunisian immigrants, which represents 27% of total arrivals in Italy with an estimated rise of 27.6% compared to the same period of the year 2020

The Tunisian authorities, for their part, thwarted 263 illegal crossings last October, an increase of 67.5% compared to the same period last year in 2020.

The Forum states that despite “the security provided by European naval units deployed off the Tunisian coast, the various dynamics of irregular migration, whether self-organized or within the networks of trafficking in migrants, manage to circumvent the fortress supported by Europe.

In terms of figures, it should be noted that 2,483 Tunisian minors have arrived this year on the Italian coast, including 1,922 unaccompanied. These figures are described as “terrifying” by the report of the Forum and reflect in part “the miserable reality of childhood in Tunisia despite the legal arsenal of protection of children’s rights. They show an inability to fight against the phenomenon, far from security approaches,” according to the report, which estimates the number of families arriving in Italy this year to about 500 families.

The forum’s report said that the night of October 16 saw the most tragic incident of this month when a boat capsized off the coast of Mahdia resulting in deaths. Four bodies were initially recovered, seven were rescued and 25 migrants are missing.

“This tragedy highlights the top priority of security approaches in the fight against the phenomenon and the exclusion of search and rescue approaches, as the necessary naval units were not mobilized to carry out search operations during the first hours of the tragedy. However, search operations were conducted seriously enough only after the protest of the missing persons and the closure of roads,” according to the same statement.

The official spokesperson stressed that the government of Najla Boden is obliged to work in the coming period to reach agreements with European countries that respect the dignity and rights of immigrants.

IFAD new financing to strengthen inland fisheries and aquaculture, and to...