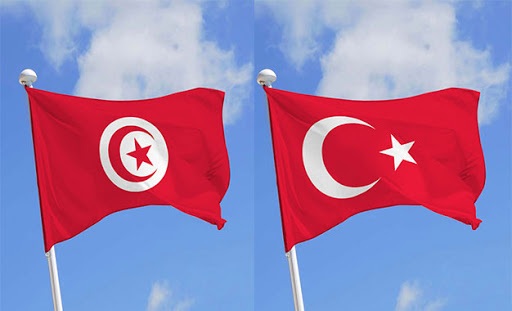 The value of Tunisia’s exports was estimated at 42.07 billion dinars in the first 11 months of 2021, while imports’ had amounted to 56.7 billion DT, which means that the trade deficit stood at 14.6 billion dinars, with a coverage rate of 47.2%. These figures were provided by Director General of Foreign Trade at the Ministry of Trade and Export Development, Dora Borji Selmi in an interview with Africanmanager.ar, Thursday, December 23, 2021.

She said foreign trade has seen a sharp decline over the past two years, given the impact of the emergence of the COVID-19 pandemic on the national economy, while Tunisia’s exports have declined by about 5.7 billion dinars between 2019 and 2020, much less than imports that fell by about 11.8 billion dinars during the same period. This contributed to the decrease in the trade deficit from 19.41 billion dinars in 2019 to 12.7 billion dinars in 2020.

Trade deficit up and down

Specifically, this deficit is attributed to the increase in imports compared to exports for several reasons, the most important of which is the fall of the Tunisian dinar against foreign currencies and rising prices, especially those of fuel.

Borji said that more than 70% are commodities and necessary to the national economy like processing materials, raw materials and semi-finished products and basic foodstuffs, stressing in this context that these exports are incompressible since the intervention to rationalize imports cannot lead to a change in the trade balance.

In fact, the trade deficit is due to other structural factors, the most important of which is the high cost of imports, especially in the energy sector, and the inability to achieve the desired development of exports, especially those of phosphate, with the continued decline in the exchange rate of the dinar.

Regarding the extent of the impact of trade agreements with Turkey and other countries on the Tunisian economy, the Director General of Foreign Trade said that the decision to amend and review the clauses is a political decision par excellence and is not the exclusive responsibility of the Ministry.

On the other hand, she confirmed that the services of the Ministry of Trade are currently working on the evaluation of the partnership agreement with Turkey, which came into force on July 1, 2005, and that an evaluation study is also being prepared for trade with the European Union with the aim of amending some chapters towards protecting the national industrial fabric.

In addition, there is the possibility of prioritizing the agricultural sector in the revision of agricultural protocols annexed to these agreements.

In the same context, she announced the beginning of the closure of the evaluation of the bilateral trade agreement with Algeria, in view of the worsening of the deficit of the trade balance with this country, provided that the agricultural protocols are prioritized in the process of revision and expansion of the list of Tunisian products benefiting from preferential schemes.

In order to protect the Tunisian industrial fabric vis-à-vis imports, the official mentioned the project to create a structure of trade defense in the form of a Directorate General at the Ministry of Commerce. To this end, a training program has been developed for executives.

Databases have been launched on imported products that have a locally manufactured equivalent.

And it was indicated that as part of the activation of trade defense means, an investigation was opened on the taking of preventive measures for the benefit of the domestic industry for small buses against imports, and this was published in the Official Gazette No. 90 dated October 1, 2021.

ME equity issues surge to $4bn in Q2