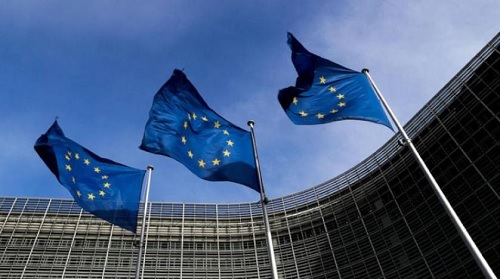 The new financial commitments announced today are composed of €112 million to help strengthen the security and defence capabilities of the G5 Sahel countries, while ensuring respect for human rights and international humanitarian law as well as re-establishing the presence of the State and basic services throughout the territory. The remaining €82 million will be mobilised to intensify development efforts and help improving living conditions, resilience and social cohesion of vulnerable populations.

High Representative/Vice-President Josep Borrell, underlined: “The situation in the Sahel keeps deteriorating and the coronavirus pandemic cannot make us forget how serious the situation is in a region whose challenges are our challenges as well. The Sahel must remain on top of the international agenda. Our meeting today showed a clear commitment by all to accelerate joint efforts. I want to underline the important initiatives taken by the G5 Sahel countries themselves, the engagement of ECOWAS and the coordination role of the African Union. I am pleased to see the support from the African Union, including with the upcoming adoption of a stabilisation strategy for the region and the operationalisation of the African Peace and Security Architecture.”

Commissioner for International Partnerships, Jutta Urpilainen, said: “The European Union, in the same way as the United Nations and the African Union, has welcomed the call from the G5 Sahel on 27 April to the international community to help them face the consequences of the pandemic in an already very fragile region. Hence, the EU, as Team Europe, stands in full solidarity with the G5 Sahel, with €449 million to be mobilised to help reduce health and socio-economic impacts of the coronavirus in the region. The EU welcomes the call on debt relief by the World Bank and the International Monetary Fund for most vulnerable countries that has helped secure the G20 moratorium of 15 April.As we discussed at the G5 Summit in Mauritania last February, there can be no security without development and vice versa.”

In this period of multiple crises affecting the Sahel, participants recalled the importance of increased efforts and reiterated common commitment and responsibility from all actors.

The G5 Sahel is an institution that aims to ensure coordination at the sub-regional level on development and security policies in the Sahel. It was created on 16 February 2014 in Nouakchott and brings together the five Sahel countries: Burkina Faso, Chad, Mali, Mauritania and Niger. The objective of the G5 Sahel is to coordinate and combine the efforts of its member countries for the security and development of the region. For more information on the G5 Sahel, click here.

To support the Sahel countries, the European Union has mobilised €4.5 billion for the period 2014-2020. Almost half of this envelop has been paid out in the form of budget support, contributing directly to the national budgets of the G5 countries. In addition, humanitarian aid, implemented directly for the benefit of the populations, amounts to more than €1.12 billion since 2014. For more information about the EU’s support to the G5 Sahel, click here.

For the period 2014-2020, the EU has allocated €368.9 million to Mauritania in development cooperation, particularly in the areas of food security and sustainable agriculture, the rule of law and health sector reform.

For the period 2014-2020, the EU has allocated €991.1 million to Burkina Faso in terms of development cooperation, particularly in the areas of governance, health, food security, sustainable agriculture and water, sustainable energy and support for civil society.

For the period 2014-2020, the EU has allocated €811.5 million to Chad in development cooperation to support food and nutritional security and rural development; sustainable management of natural resources; consolidation of the rule of law and civil society.

For the period 2014-2020, the EU has allocated €1 089 billion to Mali in development cooperation, particularly in the areas of peace, state consolidation and reform, rural development and food security, as well as education, infrastructure and support for civil society.

For the period 2014-2020, the EU has allocated €1 237 billion to Niger in development cooperation, in particular in the following areas: food security, nutrition and resilience; strengthening the state’s capacity to implement social policies; security, governance and peace-building; road access to areas affected by insecurity and exposed to the risk of conflict; and support for civil society.

Tunisia: production of phosphates drops more than half

Nida Tounes and BCE remain the favorite of Tunisians, 2% of...

Tunisia-Tunisiana: the BlackBerry in few months and formal contacts with Hexabyte