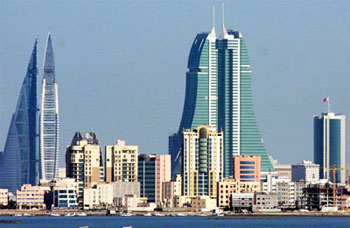 Living standards in Bahrain are set for a boost with the rate of gross domestic product (GDP) per capita forecast to rise by 12 per cent over the next five years, a report said.

Bahrain government must step up efforts to diversify the economy away from reliance on hydrocarbon production as increased oil supply pushes prices down, according to the Institute of Chartered Accountants in England and Wales’ (ICAEW) latest quarterly Economic Insight, reported the Gulf Daily News, our sister publication.

The accountancy and finance body warns that while GDP growth in the Middle East is above the global average and expected to remain steady in the short term, oil prices are likely to drop as global supplies rise.

The rapid expansion of US shale production and possible return of Iran to international markets, following the lifting of sanctions, would provide another supply boost to the global oil market.

If this results in lower oil prices it could expose fiscal vulnerability amongst other oil-producing states in the region.

The GCC has benefited from some of the world’s strongest growth rates since the financial crisis hit in 2008, with real GDP growing 24 per cent over the five years to last year.

This meant that despite robust economic expansion, living standards (measured by GDP per capita) struggled to keep pace with GDP growth in the kingdom.

“Diversification has been an economic priority of the Bahrain government for most of the last decade, but the kingdom’s high birth rates combined with a rising immigrant population means the economy must expand further if living standards are to keep pace with GDP growth,” ICAEW Middle East regional director Peter Beynon said. v”As long as investment continues in transportation networks, improving education and building downstream industries, Bahrain should escape the worst consequences of a sharper fall in the international oil price.”

Fortunately, Bahrain has among the world’s highest gross national savings. According to the International Monetary Fund (IMF), Bahrain saved 39 per cent of national earnings last year.

This high savings rate – a result of strong exports and a persistent current account surplus – can be used to further finance investment, providing the Bahrain economy with a boost in their efforts to diversify, and the prospect of higher GDP per capita.

Nevertheless, Bahrain households will feel the pinch of rising inflation.

After many years in which daily essentials, such as food and power, have been heavily subsidised by the government, fiscal pressures mean Bahrain will seek to cut the amount it spends supporting household consumption.

The immediate impact will be to increase the prices of these goods, raising inflation.

“With a rising cost of living, this puts pressure on the Middle Eastern economies to diversify. The process would be intensified if an agreement is made that ends sanctions on Iran, which would (even after allowing for cuts in supply from other sources) reduce the price of oil further.

“Our calculation is that an end of sanctions would reduce the price of oil by $8 a barrel, though this is a central estimate. This makes improved education, skills and diversification key priorities for the region,” he added.

Targeted lockdown procedure manual to be published next week