HomeFeatured NewsCompanies will pay more. The State also, only for its expats. But...
Featured News

Companies will pay more. The State also, only for its expats. But we’ve avoided worse! 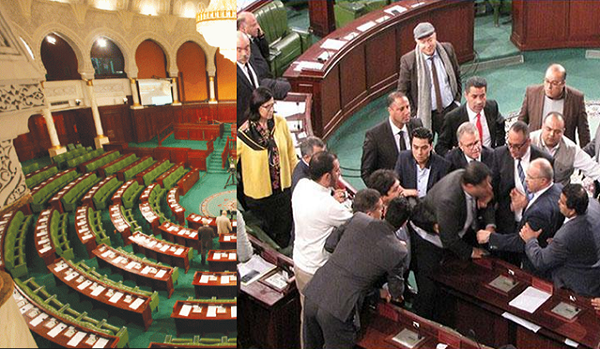 The FL (Finance Law) 2020 was certainly passed. The vote was marked by more than 70 proposals for new articles, presented by MPs. Many were rejected. Others have passed, sometimes in disregard of simple rules of law, now able to have these same articles annulled, by simple appeal to constitutional, administrative or competition law authorities.

It is therefore not excluded that some of the changes introduced by new Members of Parliament may be shelved, remain dead letter or be rejected by jurisdictions.

At the Parliament, we are also told that the worst has also been avoided by the deletion of some proposals, some of which could have inflamed relations between the government and the social partners, and others completely disrupted the development of the tourism sector.

But let’s start with the good news. First, the adoption of an additional article to the Finance Bill 2020, which provides for the exemption of employees whose income is less than 5000 dinars from the 1% solidarity social contribution. They will no longer pay the social solidarity contribution (CSS).

The ARP also adopted Article 24 on the increase of the ceiling for the deduction of interest applied to housing loans by 200,000 dinars excluding VAT (226,0000 DT inclusive of VAT), as from January 2020.

This will allow all those who would like to buy a property of 200 thousand TD excluding tax to benefit of the deduction of interest, within the limit of this interest, from the taxable base.

But this is also good news for the real estate sector, even though MPs have also adopted Article 27, which provides for the postponement of the reduction in VAT applied to real estate development activity, until 1 January 2024.

Good news again, even if it is only a simple reprieve, Article 28, which stipulates the postponement of the entry into force of VAT on the wholesale and retail sale of medicines, has also been adopted.

Banks, insurance companies, dealers and franchisees, in particular, will pay

It was expected that left-wing MPs would insist on removing pensioners from the obligation to pay the 1% of the CSS.

In a Post on social media, MP Lazhar Maghzaoui will say that it is “a revenge for pensioners”, speaking of the new measure adopted in FL 2020, increasing the CSS by 2 points for the entire financial sector (Banks and insurance). Pensioners will continue to pay the CSS.

But banks and insurance companies will be required to pay a 3% CSS.

Combined with a 35% tax, they will now pay a 38% tax on their taxable income.

That increase in the corporate tax rate will certainly reduce the amount of dividends to be distributed, including for the State, particularly by public banks, and which will further dry up the liquidity of the financial sector.

Some will say, in defence of this measure, that they are already doing well, since in 2018, with the start of operations in 2020, a similar measure was taken for a CSS of 1% of the total turnover of banks and insurance companies.

That measure would have hurt a lot and perhaps even buried some of them altogether.

The increase of the CSS in 2020 will also affect the rest of companies subject to a 35% corporate tax, excluding banks and insurance companies. Thus, companies such as car dealerships and companies franchised by foreign brands will be required to pay as of next year, no longer 1%, but 2% in CSS. This increase will certainly impact the investments of these companies.

Some may say that there is a risk the CSS could be 3% for everyone, if nothing changes in the Tunisian economy and finances.

On the other hand, it will be said that this increase in the CSS, for banks, insurance companies, dealers and other franchisees, will be paid to social security funds.

They will therefore be bailed out, and if all goes well, the retirees will no longer have their pensions paid, threatened or delayed.

The State, through the budget, pays bank fees for expats

First of all, let us note the failure of MP Faisal Derbel to pass an increase in the road tax for high-end cars.

This rise in road tax was quite high and should have been used to fund some other social measures that could reduce revenues from other tax measures. The rich, they also have their defenders in the ARP!

Otherwise, in the new Finance Law (LF) 2020, deputies (including Yassine Ayari) decided that it will be the state budget, which will pay bank fees on financial transfers and money sent by Tunisians Residing Abroad to their country.

But only when these remittances are made through state-owned banks (BH Bank, STB and BNA) or the Tunisian Post, and directly, not through known foreign companies.

That measure is discriminatory compared to the rest of the customers of banks who also transfer money through other banks where they are customers, which will come into force in 2020.

It is true that this will stimulate the entry of foreign currencies into Tunisia. The article is also discriminatory for Tunisian private banks. Discriminatory, but also anti-competitive and highly objectionable, at least to the Competition Council, as it favors public financial institutions over private ones.

But that’s not all. This law could have deprived public banks and the Post Office of financial income from commissions.

However, the law proposed by Ayari, and accepted, authorizes the State to compensate these public institutions, through the State budget.

Decryption: expats will not pay bank commissions on their money transfers. These commissions will be paid for by the State budget, all of which is financed by the taxpayer. In short, it will be us and you who will pay these commissions, instead of the expats.

“They live in foreign countries, and vote for an Islamist party,” said an Editorialist from Europe 1. And it’s the locals who pay their bank fees!

Would MPs mess with GAFA and software companies?

MPs also adopted Article 22, on the introduction of a 3% tax on sales of computer applications and online services by foreign (non-resident) companies.

The measure remains unclear and it is not yet clear who the target companies are. Because, if MPs targeted the GAFA (Google, Amazon, Facebook and Apple) through the sale of applications on the Internet, it seems difficult to tax them in this way.

Other countries had rubbed shoulders with them and failed, not to mention the huge resources needed to track these financial transactions on the Web.

And if deputies were targeting software publishers based in Tunisia, such as Vermeg, Sage, SAP or IBM and Microsoft, they are generally offshore and totally exporting, and do very little business in Tunisia.

Connoisseurs are already venturing to anticipate the application of this 3% fee, not only on GAFA and others, but also on any use of the Internet or a Smartphone in Tunisia.

In this case, the 3% would be added to the other 5% fee paid to an ICT fund. A fund, as the Minister of ICT had specified during the Sousse Business Days, which is far from being used to promote new technologies!

– We avoided the worst!

Otherwise, the new ARP where beginners in finance sit has also made more burlesque proposals.

Imagine, for example, the impact on tourism, if the proposal, made by Mohamed Ammar representing Attayar in the name of national sovereignty, of a tax of 30 € (almost 100 DT) on any foreign tourist arriving in Tunis, had passed.

Such a tax, which is much lower in amount, had already been considered in the past and then abandoned.

First of all because of the difficulty of collecting it. Secondly, because of its negative impact on tourism in Tunisia. Tourism, first based on its competitive prices for foreign destinations compared to other destinations.

Then imagine the war that would break out between the government and its social partners (UGTT and UTICA), if the proposal to pay out the funds, currently collected by a fund created in 1975 and which finances the budgets of UGTT, UTICA and UTAP, to the CNSS to make up the deficit.

This fund had been created by Bourguiba, through the increase of the employer’s social security contribution. Year after year, the budget of the UGTT draws from it some 8 MD and the UTICA some 4 MD for their respective budgets. UTAP and UNFT get a little less.

Presented by MPs Imen Bettaïeb with Salwa Ben Aicha who claims to be independent, Adnene Ben Brahim from the Moustakbel party, Mouadh Ben Dhiaf and Salwa Ben Aicha, this proposed article of the FL 2020 would suddenly have deprived all these professional organizations of a budget. It will not be a general strike that is declared, but much more. Fortunately, it was refused.

Worse still, MPs of El Karama (Yosri Dali, Ridha Jawadi, Mohamed Affes, Seifeddine Makhlouf, and Mondher Ben Ataya), in particular, presented an amnesty for fines on the electoral lists that had not submitted their accounts, which was fortunately rejected because it was filed late.

It is in a way an amnesty for those who do not respect the law.

Tunisia: Over 5,000 organizations to participate in the World Social Forum

Tunisia: CEPEX sets off for Nouakchott