HomeFeatured NewsEnergy: Tunisia gives guarantees to the British with its strategy 2030
Featured News

Energy: Tunisia gives guarantees to the British with its strategy 2030 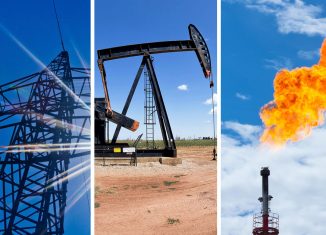 About fifty people attended the breakfast-debate organized by the Tunisia-British Chamber of Commerce on Thursday 24 November 2016 at the Tunis Lake shores in Tunis, including representatives of companies, organizations and institutions.

The meeting was attended by Minister of Energy, Mining and Renewable Energies, Hela Cheikhrouhou, President of the Tunisian-British Chamber of Commerce, Mehdi Ben Abdallah and the Ambassador of the United Kingdom in Tunis…

The theme of this event was “Energy Strategy of Tunisia 2020”.

Speakers took the opportunity to recall the complexity of the relationship to energy that States, economic operators and individuals maintain through their dependence.

The challenges encountered were later reviewed. As such, Mohamed Chaabouni, a member of TBCC and Managing Director of Shell, pointed to the regulatory requirements, most of the texts of which date from the 1980s and do not allow to follow the technological advances.

Among other concerns, he expressed concern about the upsurge in the informal market, which is considered an important scourge that must be controlled since it represents 30% of consumption

Soon, an assessment of the finding of the worrying situation of the sector was presented by the president of the Tuniso-British Chamber.

According to his statements, all the indicators are flashing red: reduction in national production of natural gas and crude oil with a decline in investment against increasing consumption of energy, which led to a widening of the energy deficit to 3.7 Million Tep.

Add to this the oil and gas activity, which is still at an impasse, all the more so that exploration works are experiencing a remarkable fall due to the disruption suffered by this activity in recent years.

The questions, mainly addressed to Hela Cheikhrouhou were about the orientation of her department, the involvement of the State in investment, the novelties in relation to the regulatory framework for unconventional resources and the role of STEG.

New directions for a future developer!

The answers were frank. The arguments put forward by the Minister of Energy also depended on the new orientations of her department in relation to this strategic sector.

At this level, she announced the good news. Indeed, her department has just adopted a new energy strategy 2030.

The latter is based on four pillars, said the minister, pointing out that the first pillar aims to replenish the reserves and capacity to achieve energy independence as far as possible in terms of primary fossil energy production.

The second pillar is linked to strengthening the processing, transport and distribution of fossil products.

This is important, said the minister, pointing to the excessive dependence on land transport, which has two risks: the risk of accidents and that of interruption of supply due to social movements.

For the third pillar, it concerns increasing electricity production. The work consists of increasing the installed capacity of production. In order to achieve this, a great responsibility falls on STEG which should continue to install new production units, but there is also the role of the private sector.

The last pillar is obviously linked to the field of renewable energy, which must be well exploited in order to ensure a better production of electricity.