HomeNewsGuinea: Unarmed people shot in back and beaten to death by security...
News

Guinea: Unarmed people shot in back and beaten to death by security forces in Conakry 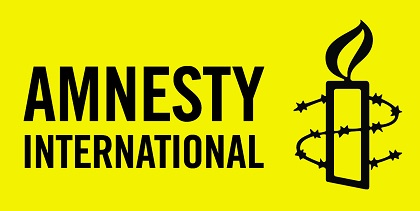 Security forces killed at least three people in election-related violence in Guinea’s capital city Conakry, including two who were shot in the back and one who was beaten to death, Amnesty International revealed today.
Three others were killed in Conakry, and at least 80 injured, in clashes between supporters of rival parties. Across the rest of the country at least seven others died in violence between supporters. The killings happened between 8 and 13 October, immediately before and after the country’s Presidential election. With the election results disputed, and local elections to be held in 2016, there are fears that future protests could lead to more deaths unless security forces show restraint and those suspected of firing on civilians are brought to justice in fair trials before civilian ordinary courts.

“There is clear evidence that members of Guinea’s security forces were responsible for the death and injury of unarmed civilians. There could be no justification for firing at these unarmed people, and no excuse for failing to hold those suspected of criminal responsibility to account,” said Francois Patuel, Amnesty International’s West Africa Researcher, currently in Conakry.

“As long as the use of firearms by the security forces against the population continues to be tolerated by the authorities, it will be impossible to build trust or put an end to Guinea’s history of electoral violence.”

Although the areas of town where the victims lived had been the scenes of protests around the election, which can often include stones thrown at security forces, eyewitnesses and family members told Amnesty International that none of those killed by the security forces were involved in violence and all were unarmed.

Those killed by security forces include a 24-year-old driver who was shot in the back by gendarmes as he walked to his brother’s house, a 20-year-old student who was clubbed to death with truncheons by six policemen and a 20-year-old carpenter whose body was left on a rubbish dump after being shot in the back in an alley by a gendarme. One of the eyewitnesses to the shooting told Amnesty International:

“It was just around midnight on 13 October. We were chatting next to the workshop where our friends were working. A pick-up truck from the gendarmerie drove-up the street and seven gendarmes stormed out carrying rifles. There had been violent clashes in our neighbourhood on that day, so we got scared and we ran away. They shot us and hit our friend in the back. We found him on a rubbish dump in the morning.”

Amnesty International identified more than 80 people who had been treated for injuries in clinics in Conakry following election violence, and met eight people injured by security forces, including seven with bullet wounds. They included a group of three friends, aged between 17 and 21 years old, who were shot by gendarmes in Sonfonia Gare II on 10 October. Amnesty International found evidence of live ammunition at the site that matched weapons used by the security forces.

One of the victims described what happened:

“We were at our Qur’anic school when we heard a woman scream in the street so we went out to see what was happening. There were pick-up trucks from the gendarmerie and the police in the street, some were taking down the barricades on the road. A gendarme aimed at us. We got scared and tried to go back in the school. I was hit in the arm, my friend was hit in the knee and another in his lower back where the bullet is still lodged. Another youth was shot dead just down the road.”

Eyewitnesses also told Amnesty International that a number of policemen and gendarmes took part in the pillaging of Koumi supermarket close to Medina after it was attacked by men wearing campaign T-shirts on 8 and 9 October who ransacked a restaurant and set fire to cars, boutiques and generators.

The deaths and injuries come despite a new law passed in June aimed at better regulating the use of force and firearms by Guinea’s security forces and reducing electoral violence. High levels of electoral violence has claimed more than 350 lives over the last decade, including six killed during demonstrations in April and May 2015 – for which no officer has yet been charged.

In a report launched in September, Amnesty International recognized that the law marked a step forward, but highlighted significant flaws that would undermine its effectiveness. The law also fails to sufficiently protect the right to peaceful protest.

“Bringing in a new law to try curb use of excessive and lethal force by the security services will only work if it is both strengthened and strictly applied,” said François Patuel.

“Not only must the security forces be provided with the resources and training they need to respect human rights, they must also be held accountable, before civilian courts, when they fail to do so. Those responsible for the brutal killing of unarmed people in Conakry earlier this month cannot be given a free pass.”

Guinea’s presidential elections were held on 11 October, with provisional results by the national electoral commission declaring victory for Alpha Condé in the first round. The other seven candidates have contested the results.

In September, Amnesty International issued a report highlighting the deaths of six people in election-related violence in April and May 2015, and calling for action to protect freedom of expression and assembly, end the excessive use of force and firearms, and ensure accountability for human rights violations.

Over the last decade, Amnesty International has documented more than 350 deaths, and more than 1,750 people injured, during demonstrations in the country. Most of these have been protestors, and in some cases bystanders, killed or injured at the hands of security forces.

On 2 June this year, a bill on maintaining public order was passed by the National Assembly, defining how and when force can and cannot be used to police protests. While the new bill includes welcome measures to define the roles and responsibilities of Guinea’s security forces, it also contains significant gaps that could restrict the right to peaceful assembly. The law does not allow spontaneous public assembly, while security forces will have the power to disperse groups of otherwise peaceful protestors if at least one person is believed to have a weapon. Moreover, such clauses could be used as grounds for banning or repressing peaceful protests.

Tunisia ranked among countries with high risk of social unrest in...