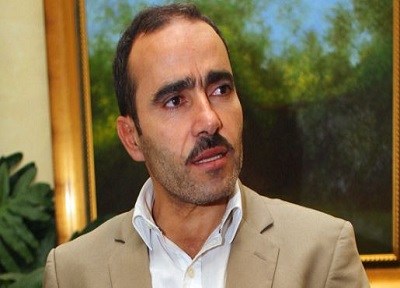 Deputy from the parliamentary bloc of Ennahdha, Houcine Jaziri suggests that that the national unity government is called to take into account the interests of the middle class, which continues to suffer and to find other alternatives to fill the budget deficit and to face the crisis in Tunisia

For the member of Ennahdha, dialogue remains the only way to solve social problems in order to preserve the country’s unity and. He said the country needs a win-win investment momentum to reassure investors, but also to achieve the desired development.

What is your reading of the current social climate?

Despite all the initiatives undertaken, the social climate remains tense. This has also been reflected in some measures that the government took a few years after the revolution.

are the perfect example, especially since they are taken to the detriment of certain groups, which caused a general uproar. Some have gone so far as to proclaim days of anger, and even a general strike is expected in the civil service.

This situation prompts us to discuss the strategic role of tax justice, but also the various problems encountered by the government in finding the appropriate solution for this new economic process.

This new situation proves the absence of a comprehensive vision capable of finding a solution to this crisis that has heightened the mission of the government which is therefore assuming its full responsibility.

The government is called upon to look for other alternatives, knowing that dialogue is the only way to solve social problems in order to preserve the country’s unity and stability.

The future of the country depends on the resolution of these social problems, which have continued to increase since the revolution.

But such a situation can only affect the success of “Tunisia 2020” and above all the promises and firm commitments from the partner states and donors that have been formulated, for a total amount of more than 34 billion dinars. What do you think?

The government has succeeded in carrying out some positive projects, such as the International Investment Conference, which took place on November 29 and 30, 2016.

Through this key event, this government has succeeded in setting up a new investment climate while taking advantage of the progress made in the security sector.

This new climate therefore remains dependent on a recovery in the tourism sector, but also on the revival of local and foreign investment.

This is an important and even crucial step, but it is also the appropriate time for certain categories to call for their demands to be met and their situation are taken into account.

It is within this framework that falls the general strike decreed by the main trade union organization for December 8. This movement was initially understood as a form of pressure on the government, but it is a way of demanding the improvement of the situation of the already deteriorating middle class.

As far as promises are concerned, I do not think they are all donations to Tunisia, but rather credits that require certain conditions for them to be granted.

To achieve this goal, the country needs a win-win investment momentum to reassure investors, but also to achieve the desired development.

In addition to this action, Tunisian investors and businessmen have a great responsibility to contribute more to this process.

But a few days separate us from the general strike decreed by the UGTT?

The principle of negotiations remains valid until the last minute. I am optimistic about the ability of both sides to overcome this worrying situation.

And if there was not a compromise, the general strike would not be the end of the world given that Tunisia is in a democratic process.

In any case, I think it is necessary to take into account the interests of the middle class that continues to suffer and to find other solutions to fill the budget deficit and to face the crisis that shakes Tunisia.

The government is called upon to find new fiscal solutions to solve the crisis. There is also a need for greater transparency in the management of several sectors, including investment in the renewable energy sector.

Other solutions will require courage to fight against smuggling, which continues to grow in Tunisia.

To achieve this, the government should use teams of qualified experts capable of developing measures based on a new economic vision and no longer limited to “punitive” measures on certain groups

The government should find new alternatives for investment.

We need a restructuring project for our struggling companies. This would also involve public-private partnerships in several areas, such as STEG, transport.

In any case, it is necessary to preserve the social gains of the country while taking into account the interests of the middle class and the most vulnerable groups, otherwise we would face a social explosion that would certainly be costly to the government.

Do you have any fears about a social explosion?

We have to move, react and have the courage to make certain decisions. Innovative ideas for managing troubled businesses are also needed. Similarly, the government should resort to solutions capable of ensuring the governance of the Tunisian economy.

Nigeria: I have no regrets, says Sanusi

EU to build jatropha plant for biofuel in Ghana