Tunisia-BIAT-TBI: an index that disturbs and scares! 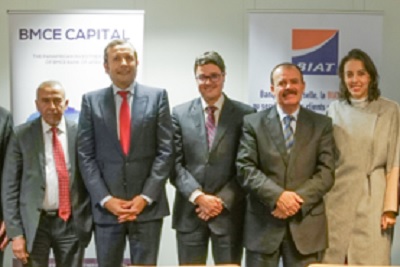 A leading Tunisian bank has just taken the initiative to launch a new index for the Tunisian stock market. Called TBI (Tunisian Bond Index), it is addressed exclusively to the market of bonds issued both by companies and by the State in the form of bonds or various treasury bills; a debt market which weighs 15 billion TD in Tunisia, between corporate and State.

That gives an idea of just how important it is to regulate the market whose valuation takes no account of fluctuation of prices and of the conjuncture.

“Unfortunately, this market is valued at the historical rate and does not take into account the change in interest rates and the maturity of government issues,” noted Bilel Sahnoun, CEO of the Tunisian Stock Exchange (TSE).

However, institutional investors, banks and insurance in particular, hold 90% of the bonds issued in Tunisia.

“The objective of the TBI is to calculate the performance of sovereign bonds with a sufficiently significant amount ensuring a good liquidity in the market. For the valuation of the bonds, the curve of the primary market rates published by the CMF was chosen as a reference.

Three structuring principles have been respected for the construction of the index: the representativeness of the indices, their homogeneity and transparency. These principles are indicative of the tools that are transparent, evolutive and easily usable by managers, “say the initiators of this index BIAT and BMCE (Moroccan Bank for Foreign Trade), where this index has already existed for years.

Here’s why the BIAT index is not welcome!

A session of presentation of this new stock market tool and explanation of its development was organized for professionals of the Tunisian financial centre on Tuesday December 6, 2016.

That session was, however, marked by a certain mistrust, if not a certain distrust, of Tunisian professionals strongly present at the headquarters of the bank. The feeling of suspicion and distrust has indeed hovered over all interventions.

And while a representative of the CMF (Financial Market Council) refrained from answering a question on the position of the regulator of the stock market (he will tell us in an aside that an authorization from the CMF will be needed for this type of index).

Another official tells us, in an aside, that “the problem is probably in the denomination (i.e. Tunisian Bond Index) that could mean that it is official, whereas it is made by a bank” and private, according to us.

The initiative of BIAT and the BCME has indeed surprised “Tunisie Clearing” and the BCT that would have been preparing one. Contacted by the Director General of BIAT, as he himself

says, the Central Bank will advise him to consider the curve of Tunisie Clearing, which is precisely the one that TBI circumvents.

The same DG of the TSE has already told us that “it is an excellent initiative. We need it because we have to go to a valuation of the bond market with a yield curve. Unfortunately this valuation is done today at the historical course.

I think that this index could rationalize the Treasury in its emissions with a soaring rate that is not justified “. He, however, said “It is private and it is not a reference for the market today”, which confirms, once again, the unease in this new index of the Tunisian bond market.

Adel Grar, President of the AIB (Association of Stock Market Intermediaries), also encourages the BIAT -BMCE initiative. “It makes it possible to make moralize the Treasury more ethical in its programs. And God knows it is not disciplined, “he said.

According to him “the initiative is private and can be imposed, even if it does not have the ambition to be official. The curve of the CMF is being abandoned in favor of other tools.

It was discussed at the CMF, “concludes Grar, who confirms, despite his personal encouragement, the distrustful silence of the Regulator, the official market authority.

The Director General of the Stock Exchange confirms this discomfort and explains it to AfricanManager. “Today, soaring interest rates on the debt market [a public and sovereign debt which delights more than one bank in profits] makes that if we use this type of index [TBI] on the portfolios of the operators, the holders, banks or Sicav, would be obliged to note a provision. And then it can be bad for the saver.”All is said!