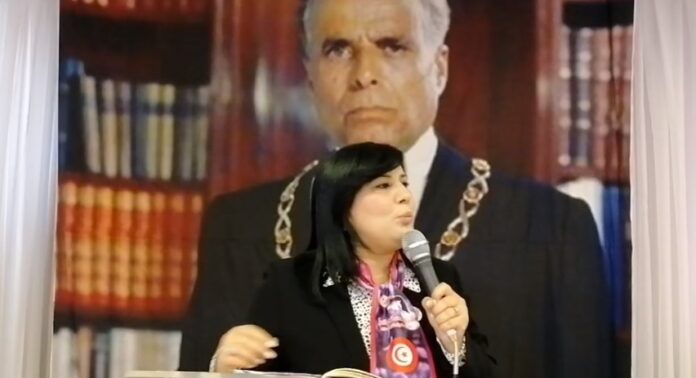 The Free Destourian Party (PDL) celebrated, on Sunday in Monastir, the first anniversary of the “Ettanouir Revolution” initiative launched on December 19,2020 in Monastir.

This initiative sums up the party’s comprehensive vision for the Tunisian State, PDL President Abir Moussi told reporters on the fringes of a meeting held to celebrate this date.

PDL members have met with citizens all year long to inform them about the 65 key points of this initiative and to explain to them what’s happening on the political scene, she specified.

The party’s assessement of this initiative, one year after its launch, is “rather positive” as it “contributed to providing information to the Tunisian people who are now more vigilant and can verify by themselves the information especially as we are preparing for new political deadlines,” she added.

Moussi further reiterated her call for the dissolution of the parliament and the improvement of the electoral climate, as well as organising legislative elections without any resort to dirty and foreign money.

As an opposition party, the PDL will spare no efforts to ensure Tunisia will remain a civil, modern, democratic and social state where there is no place for mixture between religion and politics, she pointed out.