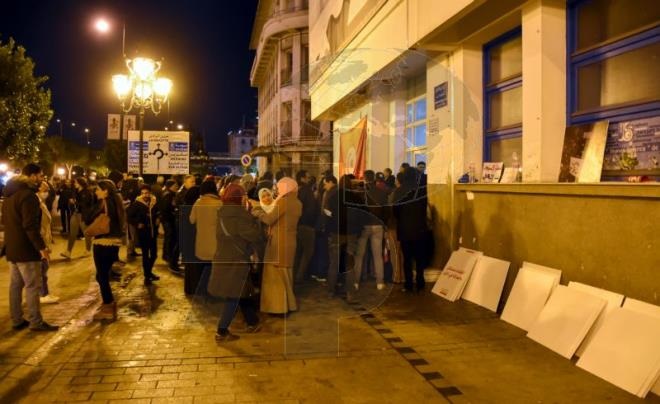 The National Authority for the Prevention of Torture (INPT), Sunday, denounced banning it from talking with the people arrested on December 18, 2021 in Avenue Habib Bourguiba, on the conditions of their detention. It considered it, “a dangerous precedent that could not be justified.”

The INPT has announced its decision to prosecute anyone who has disrupted its work.

In a statement, it stressed that Article 13 of the Organic Law No. 2013-43 of October 21, 2013, on the National Authority for the Prevention of Torture, states that “the authorities concerned can only object to a periodic or unannounced visit to a particular place for urgent and compelling reasons related to national defence, public security, natural disasters or serious disturbances in the place where the visit is to be made, which temporarily prevent the visit from taking place.

This is possible only through a reasoned written decision which must be immediately forwarded to the president of the authority, with mandatory mention of the duration of the temporary ban”.

According to the same law, “any person who violates these provisions is liable to disciplinary action.”

The authority recalled that it has conducted visits in all places of detention since 2016, saying that two of its members went on December 18 to the headquarters of the investigation unit of the National Guard of Ben Arous, to monitor the conditions of detention of people arrested Saturday at Avenue Habib Bourguiba.

It noted that “they were initially prevented from accessing the headquarters of the unit, then were allowed to enter and present their mission. However, after an hour of waiting, they were informed that they were not allowed to talk to the detainees”.

The Ministry of the Interior had reported in a statement Saturday that the prosecutor had ordered the seizure of equipment for the installation of tents in the Avenue Habib Bourguiba in Tunis.

The seizure of this material comes as a group of individuals deliberately tried to install by force tents in the heart of the capital on Saturday to stage a sit-in, in violation of the regulations in force, added the Department of Interior.

According to the same source, the prosecutor had also ordered the evacuation of the public road and the prosecution of the “alleged” attackers of police officers

Tunisia: launch of project to support competitiveness of textile companies