HomeFeatured NewsRE: Tunisia launches another round of tenders for 2,000 megawatts
Featured News 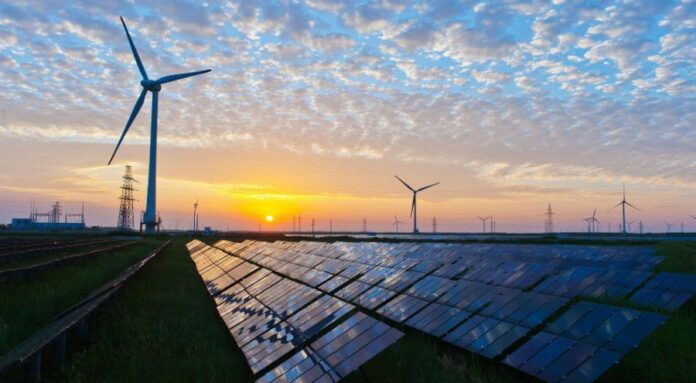 Tunisia is planning to launch international tenders next June for 2,000 megawatts of renewable electricity capacity. The contracts announced on Thursday by the Minister of Energy Neila Nouira fit into efforts to reduce the country’s natural gas imports.

Tunisia has set itself the goal of producing 30% of electricity from renewable sources by 2030.

Regarding the local market, the integration of such equipment would allow Tunisia to achieve a turnover of nearly €70 million, reveals this study led by the Technical Center for Mechanical and Electrical Industries (CETIME) and conducted by the consulting firms “Acc Tunisia” and “BSW” (German Solar Association) between 2019 and 2020.

The development of the industry of solar electric components could contribute to the creation of more than 17 thousand jobs including 9000 for the export market, reveals the same source.

Director of ACC Tunisia Ali Chelbi stressed that this study has identified a potential “quite significant” of integration of solar components, noting that more than half of the companies have already integrated the manufacture of solar photovoltaic components. However, they only address the domestic market. He added that nearly a quarter of companies are developing a strong integration capacity for solar photovoltaic components.

In sum, the integration potential of solar electric components in Tunisia depends both on the technical capabilities of Tunisian manufacturers s and service providers and market opportunities, said the study.

Regarding the technical capabilities, it appears that several components and services that are part of the value chain are “quite suitable” to be integrated in Tunisia, said the same source.

Regarding the market, including that for solar power plants, the latter requires, according to Ali Chelbi, a support and a strategy from the government.

He also stressed the need to provide the objective of integrating the components of solar energy in the Tunisian solar plan (PST).

Having lagged behind in the integration of renewable energy unlike many countries in the region, Tunisia can only join resolutely in the global wave of RE whose installed electrical capacity in the world will almost double by 2030 according to the report “2030 Market Outlook” of Bloomberg New Energy Finance (BNEF), rising from 5.5 TW in 2012 to 10.5 TW in 2030. 60% of the new capacity added over the period will be renewable. RE will attract $5 trillion in investment, half of which will be in the Asia-Pacific region.

The combined share of solar photovoltaic and onshore wind power in the global electricity mix will increase from 3% in 2013 to 17% in 2030 (between 16 and 18% depending on the assumptions made). The third major component will be hydroelectricity. On the other hand, the contributions of bioelectricity and offshore wind will be relatively modest, while those of solar thermodynamic (CSP) and geothermal energy will be low.

The world is therefore gradually moving towards a “Wind Water Sun” electricity mix, a phrase coined by Mark Jacobson, an energy-atmosphere specialist at Stanford University.