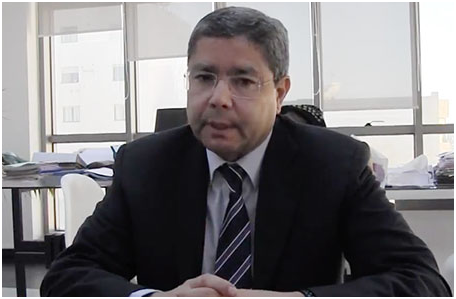 Clearly, the textile-clothing sector has become in recent years a fragile and precarious sector, which is no longer in tune with international changes.

This difficult situation is explained by professionals by many factors, including its low competitiveness which does not allow it to face global competition, mainly on the European and Asian markets.

Today, the weight of the sector requires the government to seek ways to solve its structural and economic problems, support companies and improve the living conditions of textile workers, while working to reposition Tunisian textiles on the global market, promoting better integration and an upscale of this sector!

In an exclusive interview given to AfricanManager on Thursday, January 30, 2020, Samir Ben Abdallah, president of the professional grouping of the clothing and garment industry under the CONECT, expressed his deep concern about the various problems facing the textile and clothing sector.

In this context, he announced that “Tunisia had recorded a 6% drop in its export results during the year 2019 compared to 2018. Our country has become the 10th supplier of Europe, while it occupied the 9th place in 2019.

We have lost 4 places in less than 10 years, as our sector was already the 6th supplier to Europe in 2010.

Professionals in the sector are going through very difficult times, and if the government does not intervene as soon as possible, 160,000 jobs will be at risk of disappearing”, deplored the official.

In the same vein, Samir Ben Abdallah explained that the Tunisian Export Promotion Center (CEPEX) is still waiting for a budget for the sector, although this decision was to be approved by a small cabinet meeting.

He pointed to a delay, which will undoubtedly have serious repercussions, mainly on their promotional programs at the international level.

“I would like to point out that we have repeatedly contacted the authorities concerned, such as the ministries of industry and trade, in order to get out of the rut and save the sector. But we have received no response.

Professionals have not been able to promote their products on international markets, mainly in Europe, which is one of the most important traditional markets,” he said.

Indeed, Samir Ben Abdallah assured that the annual promotion program for that sector has not yet been launched because the official authorities have not responded to their requests.

“We are used to organizing our promotion program every year but so far we have done nothing, we are at the end of January and there is no budget yet.

Professionals are “desperately” waiting for the famous agreement from the government.

And even if this budget will be granted by mid-February, the first promotional action abroad cannot take place before mid-April because the preparations take at least two months,” he specified.

On another aspect, he said that “our competitors, like Turkey and Morocco, are already working hard to double their promotional budgets and improve their positions worldwide, unlike Tunisia which is still behind because of the ignorance of the government and other stakeholders.

It is urgent that the State intervenes to save the sector, to make up for the delay and the loss of turnover in 2019″.

The professional, who comes from a family of “Textile manufacturers” like the late Mohsen Ben Abdallah, added that “a large majority of garment and clothing companies are in a very delicate situation and therefore suffer from financial problems.

These companies are no longer able to participate individually in international events because of the cost that continues to rise from one year to another,” Samir Ben Abdallah said in conclusion.

After this warning cry, it becomes urgent for the government and the parties concerned to find solutions, especially as it is in their hands, and to pay special attention to the garment and clothing companies, so that they do not lose their European markets.

The textile and clothing sector represents the source of income for thousands of Tunisian families and of foreign currency resources and therefore remains an essential factor in boosting employment and exports!