HomeNewsTAG Global bets on financial certification and prepares for post-crisis in collaboration...
News 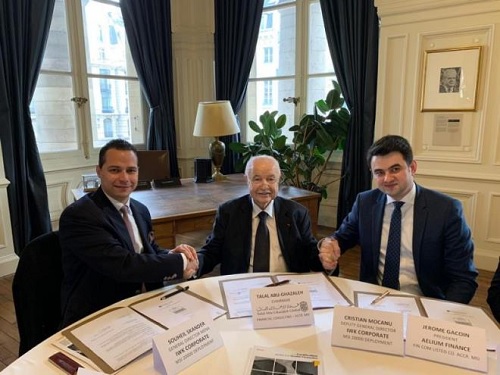 The Tunisian financial reporting body Maghreb Corporate has just been approached by the TAG Global group, “the leading accounting and finance consultancy group in the Middle East, with a view to supporting the implementation of the MSI 20,000 financial certification in 14 countries in the region in the post COVID-19 period.

According to a press release released on Wednesday, Maghreb Corporate announced that a partnership had been concluded at the Paris Stock Exchange between TAG Global, IWK Corporate and Maghreb Corporate to identify the companies in the region that will be the most financially strong in the wake of the current crisis.

This operation enhances the value of the Tunisian financial place, since the support of the Arab leader TAG will be managed in close collaboration between the Paris market and the Tunis offices, the same source indicates.

For the various stakeholders, the objective is to effectively duplicate and massively deploy in the Middle East a model that has been validated and proven in Europe and Africa.

According to TAG teams, the aim through this accreditation is to consolidate TAG Global’s leadership position in its market and to position itself on high value-added products and services in terms of financial engineering in a region,” reads the press release.

Tunisia: The Enfidha Industrial Park, a logistics hub in the heart...