HomeFeatured NewsTarek Cherif: "No projected growth rate has been achieved since 2011!"
Featured NewsInterview

Tarek Cherif: “No projected growth rate has been achieved since 2011!” 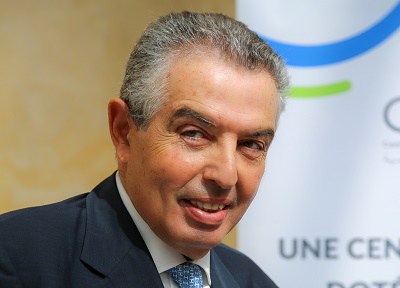 President of the Confederation of Tunisian Citizen Enterprises (CONECT), Tarek Cherif gave AfricanManager an exclusive interview in which he talked about several topics including the draft finance act 2018, the expectations and proposals of his organization and the problems facing SMEs today.

What do you think about 2018 finance bill?

The 2018 draft finance act in its current version is far from meeting our expectations and the requirements of the moment. This is a position shared not only by business leaders but also experts, economists, financiers, tax experts and even informed citizens.

What are your grievances?

While we expected a break with the “tax-based” approach followed since 2011, the 2018 draft finance act has further accentuated the trend with new tax measures mainly affecting organized businesses that pay their tax obligations and employees.

With the continuous increase of tax rates since 2011, the introduction of new contributions and the promulgation of additional tax measures for each finance law, our tax system has become one of the heaviest and most complex, in comparison especially with competing countries.

For the tax burden we also occupy the first ranks at the African and world levels.

More serious! With the instability of our tax system, the business climate and visibility are directly affected! The forecasts and the projections indispensable to investors become practically impossible with the immediate consequence of the wait-and-see attitude and the management of the daily affairs!

We therefore understand the reasons for the differences observed each year in terms of growth rates and the main economic aggregates! No projected growth rate has been achieved since 2011!

Yet effective, fast and equitable solutions to the improvement of state revenue exist.

What are you doing in that sense, I mean at the level of solutions?

We have begun consultations with our regional and sectoral professional structures since last May.

We sent our remarks and proposals to the Government and the Parliament during the first phase of preparation of the budget law and we crowned all these steps by the organization, at the beginning of last October, of a large conference that brought together more than 350 experts and businessmen in the presence of MPs and officials.

In the same context, I had the honor of being received by the Prime Minister for a long meeting during which I presented to him the proposals and recommendations of our employers’ organization.

Representatives of CONECT were also received by members of the Parliamentary Finance and Planning Committee for a hearing session that lasted more than three and a half hours.

We have drawn the attention of the officials and heads of the authorities concerned to the seriousness of the consequences of the current draft finance law on companies in the organized sectors, on the business environment and on the social climate in the country.

We insisted that the announced objectives of growth, economic recovery and job creation cannot be realized with the restrictive and inappropriate provisions stipulated in the draft budget law which is totally distorted with the fundamental principles of the reform of the Tunisian tax system.

We have also drawn attention to the need to implement many of the already agreed provisions, especially in the area of transparency and control, which have so far not been fully implemented.

We presented our roadmap which we will continue to defend as a responsible and citizen employers’ organization.

Do you think this bill will, in your view, solve some of the problems facing the SME today?

In its current version, this bill can only worsen the situation of SMEs not only in terms of their development and their internationalization that has become indispensable but even with regard to their economic and financial balance and hence their existence!

The aggravation of the tax burden for enterprises of the organized sectors through tax increases, the creation of a solidarity social contribution, the submission of residential buildings to VAT at the rate of 19% and the creation a hotel tax of 3 TD per person for each night are all factors that will directly and significantly affect the competitiveness of companies, their positioning on the local market and foreign markets, in addition to the problems of application that such provisions raise.

Even the benefits announced for the creation of new projects by exempting them from the corporate tax over the first three years can not constitute real incentives in so far as almost all projects do not generate profits in the first years of their launch.

As a result, existing businesses and new projects and investments will be severely handicapped and it would be practically impossible to achieve the announced objectives in terms of growth and employment in particular.

It would have been necessary to begin with a thorough and critical evaluation of the impact of the various tax measures taken in the past to identify their potential advantages, their disadvantages and their limits before deciding on the adoption of new provisions!

Do you have proposals?

First of all, it is necessary to break definitively with the approach adopted so far, which considers budgetary expenditure as an immutable fact or unavoidable constraint, and then look for ways to deal with it through the usual recipes, debt and for the rest by increasing taxes on taxpayers who are already honoring their obligations, namely companies in the organized sectors and employees.

I must emphasize at this level that we can achieve substantial savings by daring to challenge the system of compensation of the so-called sensitive and basic products that allows serious deviations like bread and by providing compensation to the target population only.

Public spending can also be rationalized by reducing it and reallocating thousands of civil servants to more productive jobs.

The state must also opt for rational and sustainable solutions to deal with the heavy burden of social funds and public enterprises often deficient.

Are you for privatizing some public companies?

The privatization of public enterprises including banks in competitive sectors and the promotion of the public-private partnership are all solutions that have proved their worth in all countries and even in Tunisia.

I will give the example of the cement sector or the banks where we have recorded successes that should be made known to the reluctant and multiplied.

The second axis concerns the need to broaden the taxpayer base, especially since more than 50% of economic activity is carried out through parallel channels and more than 400,000 economic actors continue to benefit from the flat rate system that contributes to the state’s tax revenues only with a modest amount of 28MTND per year, or an average of 70 TND per economic operator.

By integrating even gradually this large population of taxpayers, we will no longer need to further increase the tax burden while ensuring greater tax fairness and a new economic dynamic.

At the same time, the fight against tax evasion needs to be strengthened by limiting cash transactions, digitizing financial operations, modernizing tax control and strengthening it by retraining civil servants through adapted training programs.

The third axis concerns stimulating investment, exports, regional development and job creation, the only vectors of growth and sustainable economic and financial equilibrium, by granting substantial fiscal and financial incentives for all investments to be made over at least the next three years in order to stimulate the economic recovery which is the main objective of the country

State owes more than TND 2.8 billion to its enterprises. Will...