HomeFeatured NewsThe projects are stalling, the funding is lacking ... and the minister...
Featured News

The projects are stalling, the funding is lacking … and the minister patches up 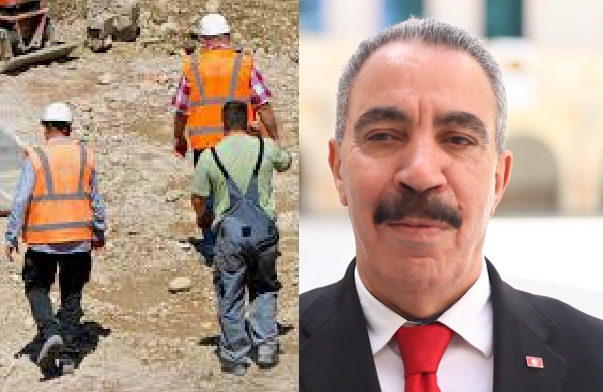 The last time we heard the Minister of Public Works, Housing and Spatial Development Mohamed Salah Arfaoui, mention the major projects on track, it was to try to cut short noises on the drying up of his finances. It was June 2018.

The minister was almost swearing that he had what it takes to finish his projects. A month before, in May 2018, we saw big problems to advance the Rapid Rail Network (RFR), from which the residents of a congested capital expect a lot and the country’s economy expects a lot too.

We have learned that 3 billion dinars are lacking to complete the financing of the project, which is not small.

Before that, in November 2017, there was the eventful passage of the minister to the parliament to speak out about corruption cases, facing fierce and hectic MPs.

Memorable also the outburst of the minister, in August 2017, ulcerated by the carelessness, or rather the “I don’t care” attitude of the workers of the Gabes-Sfax highway project while they were lagging behind. Etc. In short, almost every time Arfaoui comes to the front, it is to speak about problems, things that are not quite right in his department and that inevitably arouse the interest of the public, because the projects of the minister (roads, bridges, interchanges …) are awaited by everyone and by the country’s economy too.

There he tells us, for once, that everything is running, almost, that the progress of most of the mega infrastructure projects in Tunisia is on schedule and will be accelerated to ensure their entry into operation by the end of 2018 or early 2019. Should we believe him?

A little exercise in truth-seeking

Currently, 5,000 infrastructure projects, spread over the entire territory, are underway, with an investment cost of around 8 billion dinars, Arfaoui told TAP.

He reminded, moreover, that these mega projects include the Gafsa-Jelma highway and the Gafsa-Sidi Bouzid-Kasserine, in a second stage, then the Tunis city edge project and the Bizerte Bridge…

But there are also trains that have not arrived on time: the minister admitted that he does not have the funding to date to set up certain projects including cross-roads linking the western regions to the ports.

The only bright spot in this dark picture: the bonanza to fund the road between Kasserine and Sfax is acquired. The questions, however, would Tunisia have eyes bigger than the belly, by launching projects of this dimension without having first checking their funding? Would

the donors have failed after committing to disbursement? Is it the fault of the everlasting red tape, which makes even investing and helping are complex and difficult? Mystery.

What is certain is that there is a big problem under the Tunisian sky, with all these projects announced with great pomp from which the country expects a lot but that remain for the moment in the boxes, or at best are stopped in full momentum…

What the minister does not say

What Arfaoui is careful not to say, or that it addresses very little, it is this slowness in the execution of the building sites that make motorists miserable, not to mention the cramped growth points, because, let us remember, the infrastructures are the essential condition of any development.

Those who made a tour on the side of the interchanges Séjoumi (west of the capital), or who have the misfortune to live in the vicinity know a bit about the art of stopping the progress of construction sites.

Difficult to keep one’s self-control in front of these indolent workers, who move at the speed of the snail, if they are not completely stopped, because of coffee break or simply to chat in small committees, while whole sections of the site are completely deserted.

And it’s been months that this lasts! An eternity.

When will this circus finish? Nobody knows. The minister is careful not to give any indication on the subject, as he refrains from issuing any criticism towards companies in charge of the implementation of these projects.

It is true that the unions have an easy strike, and seek the slightest excuse to disengage and take advantage of it to put material demands on the table.

Therefore, Arfaoui does not muffle, he does not move an ear, but he is not the only one, the whole government does the same.

His boss, Youssef Chahed, makes a few warnings, occasionally, especially to give material to the media, but it lasts the time of a visit. As soon as he leaves everything drops substantially…

Everyone remembers the calamitous sequence of this accident caused by construction workers in Mellassine, a popular district of Tunis nestled near the northwestern suburbs.

Obviously without the plans of the Sonede or simply negligence – we are still waiting for the final conclusions of the investigation – a digger had perforated a water main, causing distress to the population in several neighborhoods of the capital.

We note the anthology of the minister, who, fearing no doubt the return of flames of the unions, had merely said that this kind of incident could happen.

We did not comment at the time against this amazing response. And we are not going to do it now either, the facts speaking for themselves.

But since Arfaoui is labeled independent, since he is not one of the ministers of Nidaa Tounes who wait for phone calls from Hafedh Caid Essebsi to know when the leader – Youssef Chahed – will fall and which portfolio will they have in the next government it is to be hoped that his work will not be polluted by the nauseating political debate of the moment and that he will continue to do all he can in his department, to the end, in the interest of the nation.