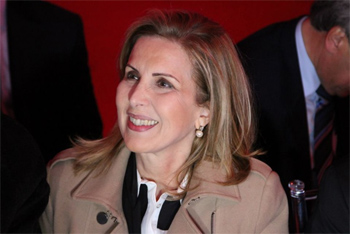 During a lunch debate organized on Tuesday, June 2, 2015, at the initiative of the joint Tunisian-British, Tunisian-French and Tunisian-Italian Chambers of Commerce, Minister of Tourism, Salma Elloumi recognized that a very significant decline was recorded in the French and Italian markets because of the instability, insecurity and terrorism that has continued to hit hard in Tunisia.

She said that since 2011, the sector’s figures have recorded a downward trend and fell significantly compared to previous years, noting that the ministry has implemented a series of measures to save the summer season.

However, she said that efforts should be made not only to save the summer season.

“The ministry should not move or react at each beginning of the season,” she has said, arguing that the action should be continuous throughout the year.

According to the minister, the problems and difficulties of the Tunisian tourism sector are structural and not cyclical.

African Union Member States to strategize on how to mainstream the...

Tunisia: electronic platform for retail trade to be implemented from 2016