HomeNewsTunisia: I will be in Tunisia on... an initiative to boost tourism
News

Tunisia: I will be in Tunisia on… an initiative to boost tourism 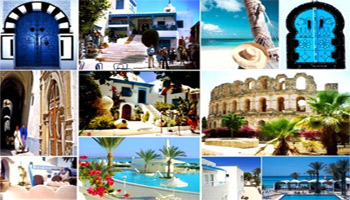 The tourism sector is declining in Tunisia: the number of arrivals in the country fell 21% in January 2015, compared to the same period in 2014, according to the latest statistics from the Ministry of Tourism.

To remedy this, Zied Chargui, a Tunisian employee at the Department of Tourism has launched a campaign called “I’ll be in Tunisia on …”

On a page he created on Facebook, he invites tourists to indicate on a sign the date on which they arrive and to take their photo. If they are already there, they write “I’m already in …” indicating the city where they are staying. The initiative was endorsed by some tourists.