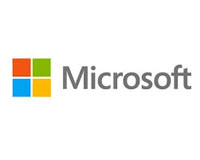 Eight teams of students from Tunis and other regions of Tunisia (Gabes, Sfax…) took part, Saturday at the Faculty of Sciences in Tunis, in the final of the 12th edition of Imagine Cup, the competition for innovation in Technology launched by Microsoft.

“Projects presented were assessed on the basis of several criteria, including innovation, socio-economic impact of the project, its profitability and its feasibility,” said Faouzi Sousse, Director of Education for Tunisia and Libya – Microsoft Tunisia.

The winner of this competition will be awarded the Microsoft Tunisia Cup empowering him to participate in the Pan-Arab regional competition scheduled next May in Doha, Qatar and will take him later to the Imagine Cup World Finals in Seattle, USA.

A member of the jury said projects presented Saturday at the Faculty of Sciences were “impressive.”

“Our young people are able to innovate and develop their own creations, thanks to this competition launched by Microsoft,” he said, adding “we believe that our students will worthily represent Tunisia at the Arab and international levels. »