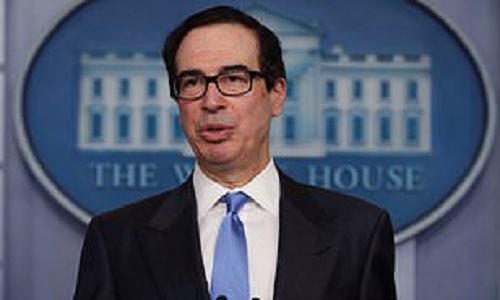 The U.S. Treasury Department announced on Monday that it will have to borrow nearly $3 trillion during the second quarter to cover coronavirus stimulus measures.

“The increase in privately-held net marketable borrowing is primarily driven by the impact of the COVID-19 outbreak,” the Treasury Department explained in a statement.

The Department said the massive amount of money will go towards funding various programs created by the government to support workers, individuals, and businesses whose revenue streams were impacted by the coronavirus pandemic.

The Department said it anticipates having to borrow another $677 billion between July and September. It already borrowed $477 billion in the first quarter.

The national annual deficit is poised to soar to $4 trillion due to the pandemic, which is more than double the previous record for the largest annual deficit captured in 2009.