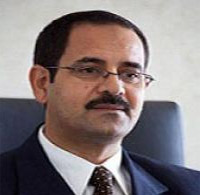 The current economic situation of the country, the State budget for 2013, and the case of construction workers were the issues addressed in the interview given to Africanmanager by Minister Delegate to the Prime Minister Responsible for Economic Issues, Ridha Saidi.

How can we characterize the current economic situation of the country?

The current economic situation is clearly improving, particularly after a difficult year, 2011, characterized by economic recession, causing a decline in growth and production and a sharp deceleration of economic activities, such as the mining sector which has declined by 70% or the chemical industry which fell 35% during the first 3 quarters of 2011.

However, a slight recovery was recorded during the last quarter of 2011. Thus, a significant improvement was observed during the first quarter of 2012. A strong recovery was recorded by the tourism sector. The industry’s revenues totaled more than 2,150 million dinars during the first 5 months 2012. We are in a situation that is improving for the tourism industry and we hope to reach 10% less than what was achieved in 2010. During the first months in 2012, an improvement was recorded in terms of foreign currency inflows and overnight stays. The situation of the main tourist sites such as Djerba, Monastir and Hammamet is booming. For agriculture, there was also an outstanding production, particularly in olive oil or fruit. For cereals, a bumper crop of about 25 million quintals was recorded. A recovery was also recorded in the manufacturing sector, but this improvement remains below our expectations, since the increase was limited to 2% and 3%. We hope it will grow with a rate of 5 to 6%. This is mainly due to the economic situation in the euro zone, our first strategic partner with 80% of our trade. There was a deceleration in European countries mainly with the 4 countries with which is made almost all of our trade, namely Italy, Germany, France and Spain.

Faced with the crisis in the euro zone, is there a strategy to implement?

Our strategy is rather to diversify our markets; that’s what we have already announced in our program. We will target the markets of the Arab Maghreb especially the Gulf countries, Asians and those of Latin America. Our relations with African countries are in marked improvement. We have economic exchanges and we have exported Tunisian expertise across companies with operations in Africa such as Chad, Ivory Coast, Senegal and Mauritania.

In Europe, we also plan to diversify our relations and strengthen our political and economic ties with countries other than our traditional partners. We are currently planning visits and meetings with key Central and Eastern European countries. We also plan to improve our relations with countries that underwent a period of transition from dictatorship to democracy like Georgia, Poland and the Czech Republic.

Some economists believe that the recovery will begin in 2015, what do you think?

We, in the Government, are optimistic. It is believed that the economic recovery is already underway in 2012 and will be established from 2013. Already, in our macroeconomic framework, we plan to achieve economic growth of around 4.5% and even more in 2013.

This was conditioned by the realization of foreign direct investment. There are hundreds of investment intentions for the creation of businesses in several areas, including infrastructure, real estate and tourism.

What are the forecasts and the outline of the state budget for 2013 and how it will differ from that of 2012?

We are currently developing the budget for 2013. We have identified several priorities which were those of the Government in preparing the supplementary State budget for 2012, namely employment, regional development and social justice. Priorities remain the same.

However, it should be noted that for the year 2013, there were tensions in terms of expenditure. For the 2012 budget, we have a contribution of 600 billion from public enterprises. For 2013, this contribution cannot exceed 150 or 200 billion. Therefore there will be a lack of contribution to support the 2013 budget from State enterprises. We also have debts that fall due in 2013. These debts incurred for decades, amount to 1200 or 1300 billion.

There were also negotiations with unions to increase wages in the public sector, which will exert further pressure on the 2013 budget. The compensation will also pose problems for the 2012 budget. Indeed, its volume amounted to 3.208 billion dinars. If this will continue, it will cause problems, hence the need to find solutions.

What can we say about the case of construction workers?

After analysis, it was noted that many thousands of construction workers benefit from this premium without any effort. There were even officials who receive this bonus. Within the same family, the number of beneficiaries has exceeded, in many cases, six members. There were families whose incomes under construction sites amounted to more than 2 million. Some dead people have also benefited from the premium.

The steps taken came in the wake of these excesses. The objective is to manage public money in a sounder way. More than 78,000 people are working in construction sites currently, against 9,000 previously.

Tunisia: dinar falls back against dollar and euro